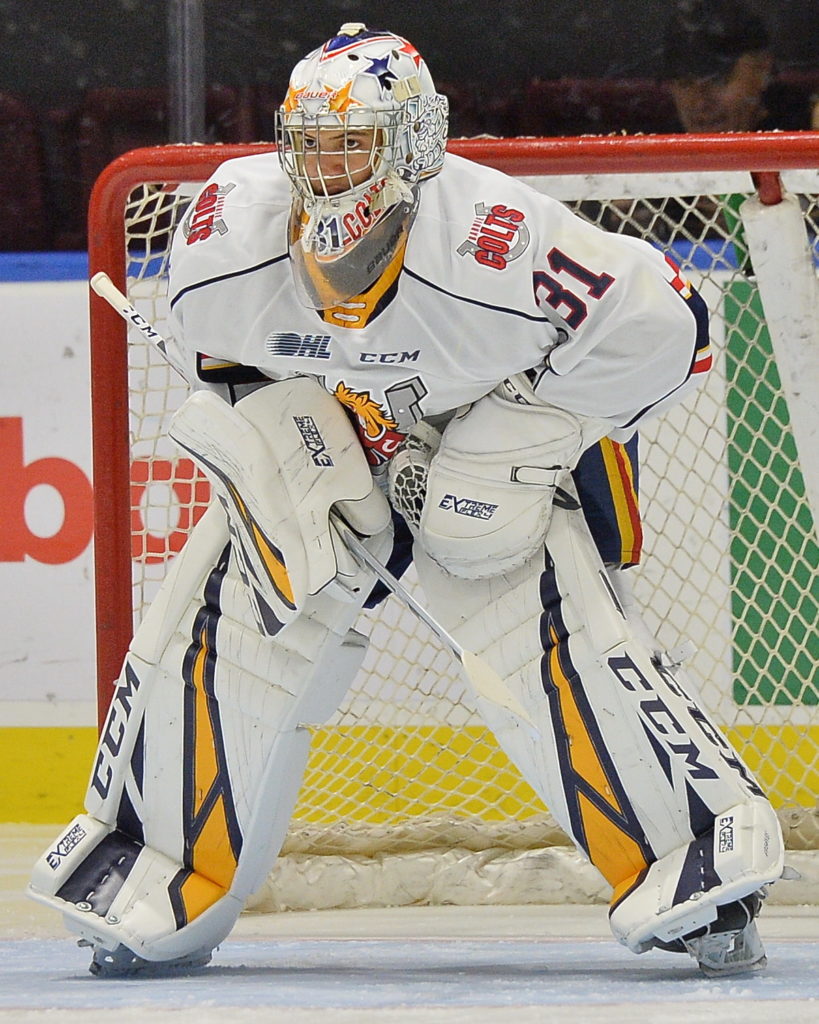 Ahead of Thursday night’s tilt against the Niagara IceDogs, the Barrie Colts were coming off a rare Wednesday night contest in Erie. The win, though? That’s becoming commonplace for the Colts, who had points in eight of their last nine.

Evan Vierling has been electric for Barrie, but their biggest weapon has been leading point-getter Tyson Foerster all year long. The two combined to tie Wednesday night’s game with just 32 seconds left, so the Colts would be looking to get off to a quicker start at Meridian Centre on Thursday.

It was the IceDogs who generated the first couple quality chances of the game. Cameron Snow had one of their closest bids, clanging it off the crossbar. The teams traded power plays but neither scored. Niagara continued to put pucks on net and held an 8-4 shot advantage after the Snow chance.

Then, Barrie got into some penalty trouble and ended up surrendering the first goal of the hockey game. Their third infraction of the game resulted in a brief 5-on-3 for the IceDogs, and they capitalized on the 5-on-4 portion of that opportunity. An Ivan Lodnia one-timer created a rebound chance for Jake Uberti, who put the IceDogs up 1-0.

Later, a fantastic setup led to the Colts tying the game up. Jacob Frasca came blistering down the left wing and managed to navigate his way through two defenders, with some slick hands. He fed Aidan Brown, who slid it past Andrew MacLean. The game remained 1-1 after twenty minutes.

The second period began with a good look for each squad. First, Brandt Clark burst up the middle but was shut down. Next, a Snow-led odd man rush was snuffed out by Jet Greaves.

An outnumbered attack at the other end gave Barrie its first lead of the hockey game. A 2-on-1 broke out, featuring Anthony Tabak and Ethan Cardwell. Tabak glided down the left wing and slid the puck across the ice to Cardwell, who put it home to make the game 2-1.

The best pass of the night, and possibly the career of Nathan Allensen, assisted on a goal that extended the Colt lead. Allensen found a wide open Josh Nelson with a lob pass through everyone, from his own end of the ice, for a clear-cut breakaway. Nelson exhibited incredible patience, sliding it five-hole on MacLean. That was Nelson’s seventh goal and 12th point in 16 games as a Colt, after burying just four tallies and amassing 16 points in 37 affairs in London.

Late in the frame, Barrie would get a power play chance, and make no mistake. It didn’t come easily, though, as Nelson hit the post with a long-distance shot, and Cardwell’s rebound attempt was blocked. They would cash in on a one-time opportunity, from Allensen, to extend the lead to 4-1 after an explosive second period.

The third frame was penalty-filled, but goalless. The Colts did a good job defending while shorthanded, and, aside from a near-miss that hit the post behind Greaves, limited high-danger looks quite well.

Thanks to a fantastic frenzy in the middle stanza for the Colts, Barrie would hold on to win 4-1. Greaves made 33 saves and Allensen and Nelson led the way with a goal and an assist each. Both were +2 on the night. Another game, another crucial two points for the Colts, who move into second place in the Central Division, and now sit just two points behind the Sudbury Wolves for top spot.

Barrie will have a day off Friday before getting back in action against the North Bay Battalion Saturday night at the Colts Centre. Puck Drops at 7:30pm.

Tickets for Saturday’s game can be purchased here.