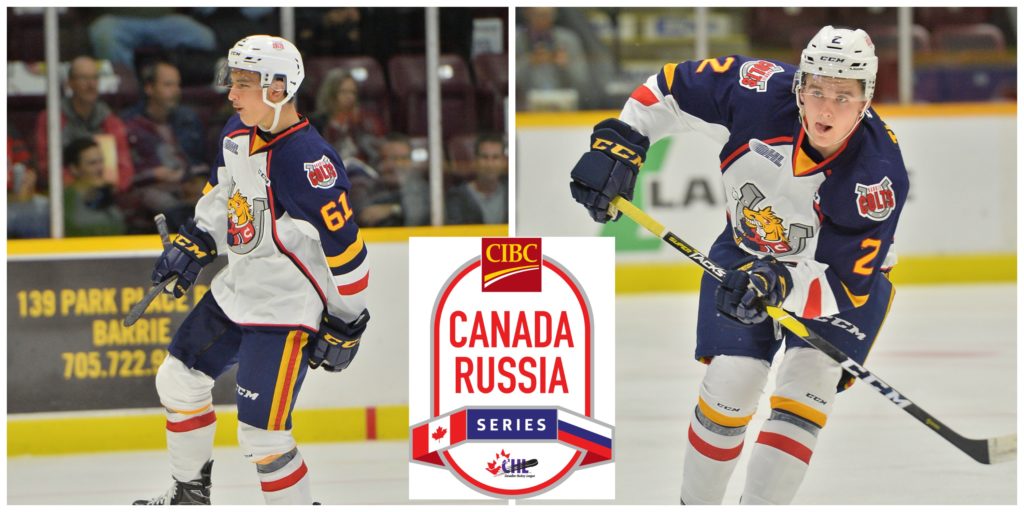 Barrie, ON – The Ontario Hockey League announced today that Colts forward Ryan Suzuki and defenseman Tyler Tucker have been selected to represent Team OHL in the Canada Russia series.

Tyler Tucker is in his 3rdseason with the Barrie Colts after this summer being drafted by the St. Louis Blues.  The 18 year old from Longlac, ON is the league leader in defensive scoring this season with 4 goals and 8 assists.  Tucker will be dressed for the game on Thursday, November 8thin Sarnia.

As for Ryan Suzuki, this is his 2ndyear with the Barrie Colts and is off to a great start.  Started the season off as the top rated OHL prospect heading into the NHL draft this coming June and hasn’t disappointed with 4 goals and 14 assists in 10 games thus far.  The London, ON native will join his brother who is also a part of the Canada Russia series. Suzuki will be dressed for the game in Oshawa on Monday, November 12th.