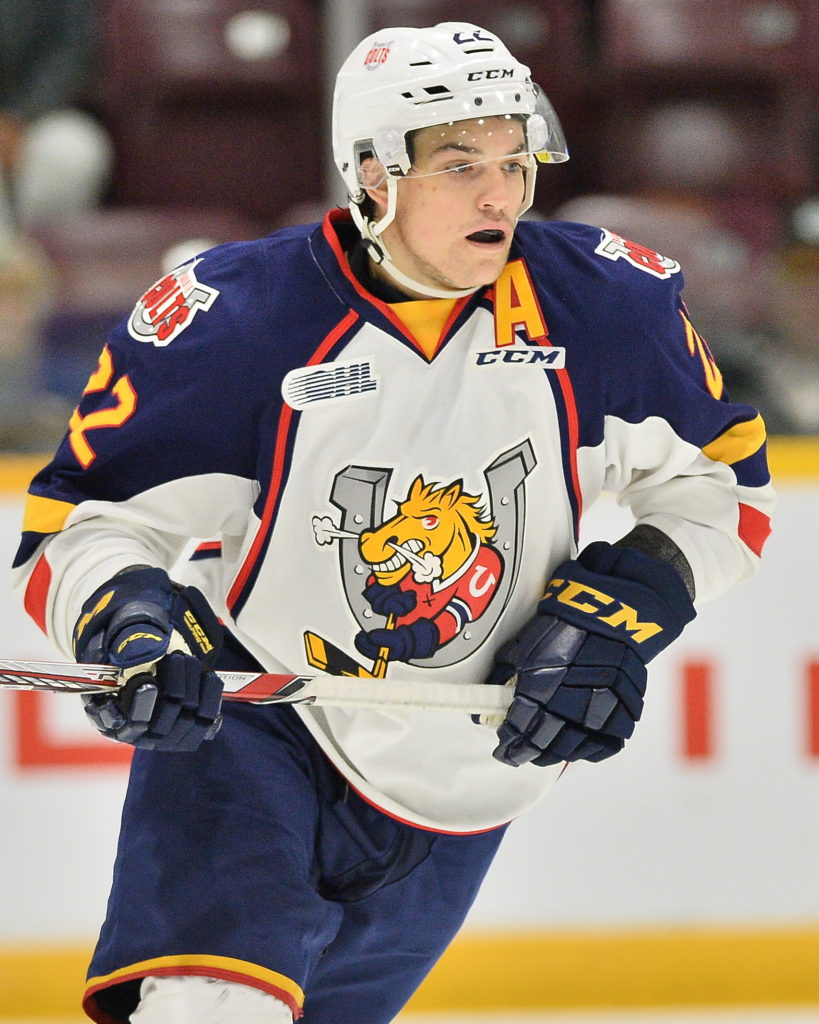 After allowing a 3-0 lead go to the wayside, the Colts found themselves shorthanded in overtime giving the North Bay Battalion a great chance to complete the comeback. Instead it was Roy Radke finishing off the night with his 3rd of the game sending Barrie home victorious.

He was able to find the puck in the neutral zone and would weave his way through defenders before out waiting Brent Moran on one of the most beautiful goals of the season to secure the two points up North.

It was a chilly Thursday evening in the Bay as the two Central Division foes, squared off for the second last time this season.

The opening goal of the contest would come from a Colts stick. Radke had the puck come to him at the top of the circle and he handcuffed Moran of the Battalion for his 19th of the season. Both Justin Murray and Christopher Cameron collected assists on the opening tally.

North Bay would get a power play with just over five minutes to go in the opening period. On the man advantage Christian Propp who got the nod on this evening, would come up with a huge glove save to shut the door for one of his nine saves in the period and to keep Barrie out-front.

Before the last minute of play, Barrie would extend their lead. It was Radke again who was able to get a stick on a point shot from Robert Proner for his 20th goal of the season. Joey Keane picked up the other assist on the insurance marker.

A little less than five minutes into the second period Steve Harland of the Battalion was awarded a penalty shot after beating the Barrie defense and getting hauled down. On the opportunity he had to go up against Propp who is 13 for 13 this year in shootout attempts and once against the Milton, ON native was able to shut the door keeping the Troops off the board.

Just past the midway mark of the period Barrie would extend their lead. Their other overager Anthony Stefano would finish off a gorgeous passing play. Lucas Chiodo would receive a nice pass just inside the North Bay blue-line from Ben Hawerchuk before dishing it over to Stefano who finished off his 20th goal of the season.

Shortly after that goal the Troops would get a much-needed marker. North Bay would keep the playing moving as Kyle Potts bounced the puck off the boards to the point from Brady Lyle which was tipped in by Justin Brazeau to get the green on the board.

Just over a minute later it was the Battalion striking again, this time Max Kislinger was sprung on a partial break as he went down the far side of the ice and snapped one glove side on Propp to give the North Bay crowd some life and make this a hockey game again.

The two goals really energized the Troops as they came back with a couple of glorious chances to try and tie things up but Propp was there to answer them with even better saves.

The Troops would complete the comeback with a goal from Lyle. He hammered a shot from the point that got past everyone and behind Propp to square things up at 3.

In the extra frame Hawerchuk would have to take a seat after taking a hooking penalty, followed by a delay of game, which gave the troops a rare five on three, man advantage in overtime. After killing off the first one Roy Radke put on a show and ended things with a highlight reel goal for the victory.

Barrie continues their road trip on Saturday night as they head to Peterborough before ending their weekend for an afternoon tilt in Ottawa on Sunday.