Petes Double Up Colts on the Road 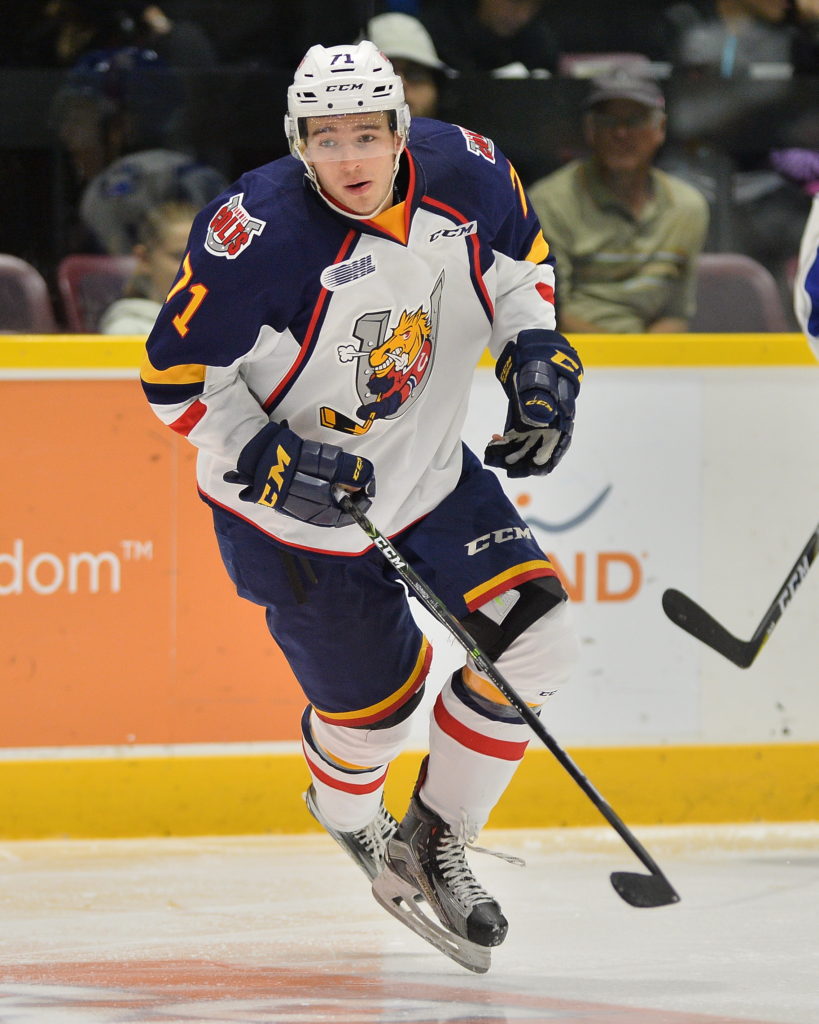 A three goal first period by the Peterborough Petes was enough to hold off the Colts in a 6-3 victory.

The Barrie Colts came in to Peterborough feeling good about their efforts on Thursday against the North Bay Battalion, a night where they were overtime winners.

This one wouldn’t be as thrilling for Colts fans as the Petes came to play right from the opening puck drop.

Very early in the first period is was the Pete’s who would get on the board first. Matthew Timm’s would gather the puck at the blue line before firing a screened shot towards David Ovsjannikov that he didn’t see, to beat him for his 10th of the season.

Barrie’s first good chance of the game came just past the midway mark of the frame. The puck bounced out front of the goal to the stick of Curtis Douglas but he wasn’t able to shove it past Dylan Wells.

Just moments after that it was, Steven Lorentz lighting the lamp for the 27th time this season. He received a great backhand pass to push him quickly into the Barrie zone. He followed that up by beating the Colts’ defender wide and bringing the puck back across his body to beat Barrie’s Czech goaltender to extend the lead.

Before you could blink, the Pete’s were celebrating once again. After a Barrie turnover in the neutral zone the Pete’s would make them pay again. A pass just inside the blue line sprung Matt Spencer in on a partial break where he out waited Ovsjannikov with a nice fake and put it past him to make it 3-0.

Barrie would eventually quiet the crowd in Peterborough. A harmless play inside the Petes end would bounce around a couple of times before finding the stick of Colts Russian rookie forward Kirill Nizhnikov who snapped it past Wells to get the good guys on the board.

The Colts would be looking to get right back into the game when Ben Hawerchuk would create some room for himself as he stepped out into the slot and tried to go glove side on Wells but was denied.

The Petes didn’t waste any time getting on the scoreboard in the second period. Matyas Svoboda took a great cross ice feed from Tyler Rollo that he laid a stick on and put it past Ovsjannikov to bring their lead back to three.

To start the third period, Barrie knew it was going to be a big hill to climb if they wanted to win this one. Things started off great though as the former Peterborough Petes draft pick Anthony Stefano would finish off a great play setup behind the net by Hawerchuk, cutting the Pete’s lead in half. The goal was his 21st of the season.

Barrie was awarded with a power play about midway through the period with a chance to cut the lead to one. Instead it was Peterborough taking advantage of a bar giveaway. Jonathan Ang intercepted a cross ice pass and walked in all alone and put it home to make it 5-2.

The Colts would strike back just moments after though. On the same power play Nizhnikov absolutely sniped one home for his second of the game and 10th of the season to hit double digits in his rookie year and to cut the lead back to two.

That was as close as the Colts would get as the Petes would add an empty netter to finish things off. The boys are back in action tomorrow afternoon as they head further East to Ottawa to take on the 67’s at 2pm tomorrow.