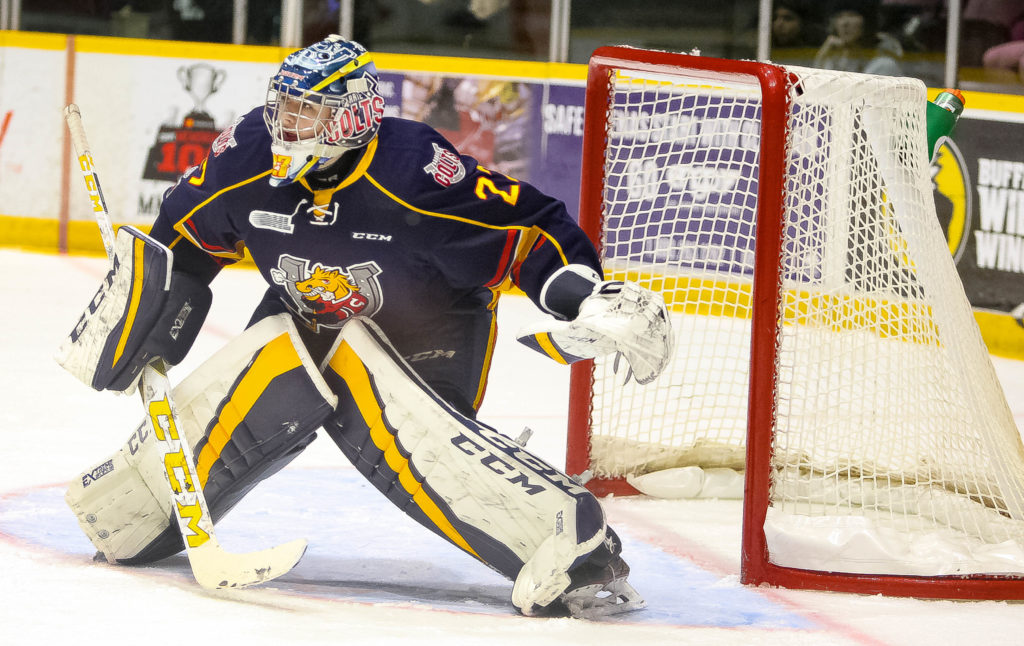 Special teams was the story in North Bay as the Battalion went three for eight on the power play en route to a 4-1 victory over the Barrie Colts Thursday night.

The Barrie Colts headed into North Bay winners of 4 of their last 5 games and were looking to build on that.

Although many penalties were had by the boys in blue in the first, it was down a man where they were able to capitalize. Colts forward Matej Pekar stole the puck at centre ice and beat the North Bay goaltender over the shoulder for the 1-0 lead.  The goal was his 8th of the season.

The lead was short lived as the leagues leader in points struck twice.  Justin Brazeau put on a show with his moves to score his first of the period, by beating a defender and then sliding it in past Kai Edmonds.

The trips to the penalty box for Barrie finally caught up to them, as the leagues best power play made them pay.  Brazeau put another one home with an awkward rebound shot that Edmonds wasn’t able to reach giving the Troops a 2-1 lead into the break.

In the second period it was yet another power play goal by the Troops. Off a point shot a rebound bounced out to Brandon Coe who put it through a screen and past Edmonds to extend the North Bay lead to 3-1.

For the Colts, the offense never had a chance to get going as the trips to the penalty box continued and ruined any momentum they had gained.

In the third it was yet another goal with the man advantage for the home club who tallied their final goal of the game to lock up the 4-1 win.

Barrie is back in action Saturday when they wrap up their short weekend of games with a matchup against the Windsor Spitfires. The game is the annual Halloween game at the Barrie Molson Centre.  Fans are encouraged to wear their costumes and partake in the first intermission halloween costume contest.