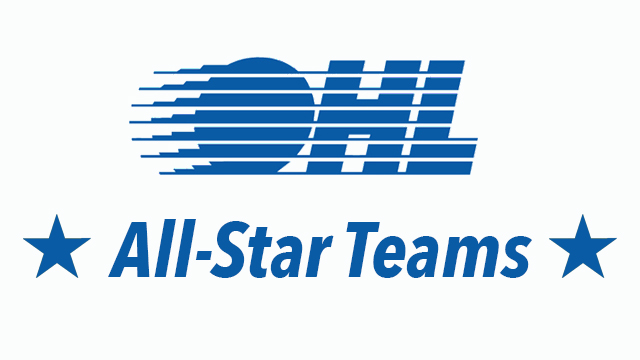 Toronto, ON – The Ontario Hockey League today announced the All-Star teams for the 2015-16 OHL season.

Toronto Maple Leafs prospect Mitch Marner of the London Knights headlines the First Team All-Stars at Right Wing for the second straight season.  Marner was the league’s Red Tilson Trophy recipient for Most Outstanding Player of the Year and became the first player in OHL history to win that award followed by OHL Playoff MVP honours, CHL Player of the Year, and MasterCard Memorial Cup MVP.  He is joined up front by linemates including Arizona Coyotes prospect Christian Dvorak and 2016 NHL Draft prospect Matthew Tkachuk.  The trio combined for 344 regular season points and marks just the fifth time in league history and first since the 2001 Belleville Bulls where all three forward positions on the First All-Star Team are from the same team.  Draft eligible Defenceman of the Year Mikhail Sergachev of the Windsor Spitfires is also a First Team All-Star along with Calgary Flames prospect Rasmus Andersson of the Barrie Colts.  New Jersey Devils prospect and Goaltender of the Year Mackenzie Blackwood of the Colts, and Coach of the Year Kris Knoblauch of the Erie Otters round out the group receiving top honours. 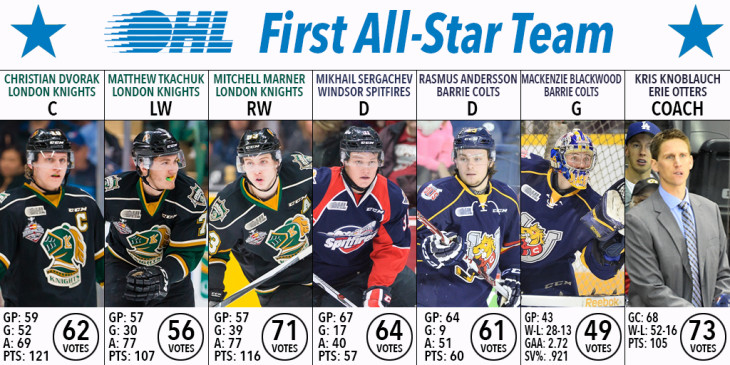 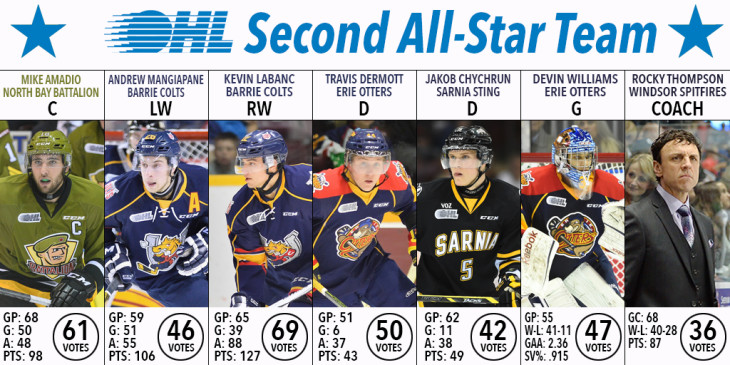 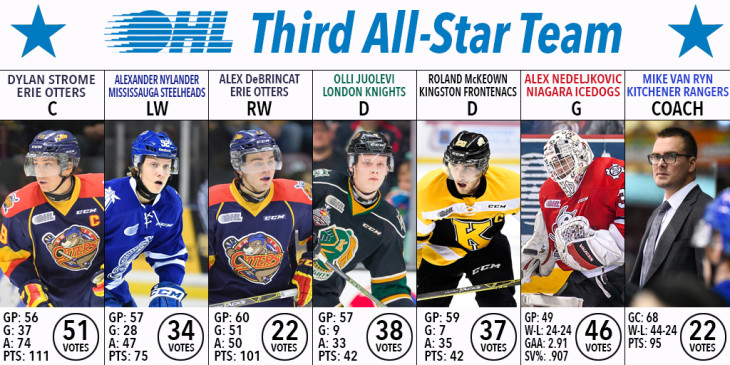