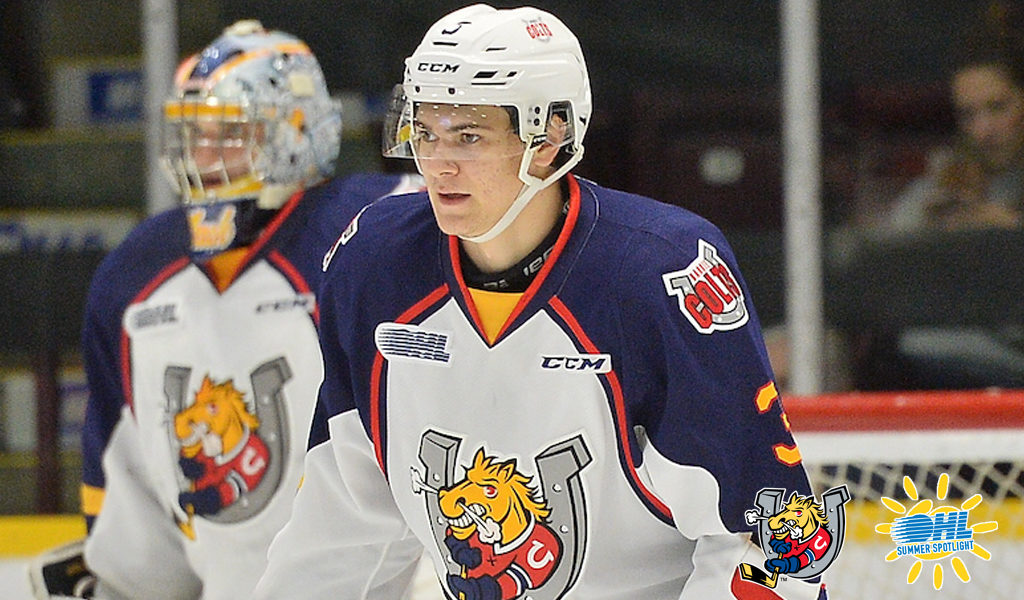 Mathew Hill entered the 2019 NHL Draft not expecting much, in fact, by time Saturday’s sixth round rolled around he wasn’t even paying attention.

That’s when his sister burst into his room and informed him he’d been selected by the Anaheim Ducks. Sure enough, Hill looked down at his phone and his agent was calling to break the news.

“Yeah, I was a little shocked,” said the 6-foot-3 Barrie Colts defenceman taken with the 186th overall pick. “I wasn’t really anticipating it, but it’s a great feeling and I’m honoured that the Ducks thought highly enough of me to make that pick. Now the real work begins.”

Here’s the info on our final pick of the 2019 #NHLDraft, Mathew Hill!https://t.co/qi1dogRLmb

Fans across the league may not have heard much about Hill, and in his case that’s a good thing. A big defender with a smooth stride and physical dimension to his game, his strength lies primarily on the defensive side of the puck where the minutes pile up and mistakes, when made, are amplified.

“I think my role was definitely like a strong defensive presence on the blue line,” he said of his first full season in the league. “Chris Cameron and I did really well back there covering us defensively. We were both always on the penalty kill and focused on limiting the other teams’ scoring opportunities.”

Hill finished the campaign tied for the team lead in plus/minus at plus-7. His opportunities opened up late in the season as more minutes became available.

“We moved a couple older defencemen just before the trade deadline and I got bumped up to the second defence pairing,” Hill added “Those extra minutes and opportunity against older players really helped my development.”

He credits the wisdom of head coach Dale Hawerchuk and the constant presence and encouragement of assistant coach Todd Miller who oversees the clubs defensive operations.

“When you have a guy like Dale behind the bench who has been through everything we’re going through and then some, I think it helps calm everybody down and allows them to just focus on doing their thing,” said Hill. “He’s a Hall of Famer, he knows the game through and through and he’s a great coach.

“Todd has also played a fair bit of pro and he knows what he’s talking about,” Hill continued. “He gives us a lot of great advice back there and I know I’ve picked up a few new things thanks to him.”

He’s headed back to Barrie to open training camp with the Colts later this month. The club missed out on the OHL Playoffs last spring and is looking to get back into contention featuring centrepieces in Carolina Hurricanes prospect Ryan Suzuki, overage captain Jason Willms and one of the league’s emerging young netminders in Jet Greaves.

“I’d say my focus going back to Barrie is to refine what it is that got me here,” said Hill. “I’m not trying to reinvent myself or become a totally different player. I just want to excel in the things I’ve already shown that I am good at.”

Over 20 days in August ontariohockeyleague.com will shine a summer spotlight on storylines from all 20 OHL clubs.  See more from the OHL 20 in 20 series.