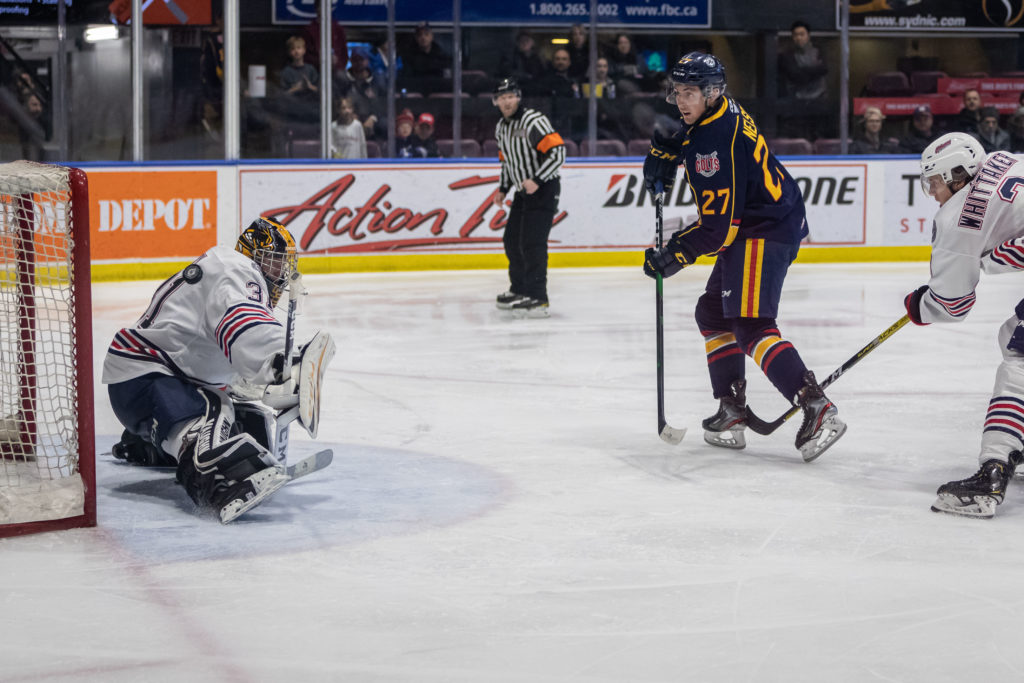 The Barrie Colts were on the road tonight against the Oshawa Generals. The two teams met earlier this week in Barrie, where the Colts won 5-0. Barrie was looking to complete the weekend sweep after a win last night against Hamilton.

Arturs Silovs got the start in goal for the Colts.

There was no score in the first frame. Quality chances at both ends, but Silovs and Jordan Kooy each stood tall.

In the second period it was Colts leading scorer, Tyson Foerster, getting the first one. Evan Vierling and Luke Bignell got the assists. Barrie kept up the pressure throughout the period, and later it would be Josh Nelson finishing off a two-on-one play after a nice pass from Aidan Brown. Mathew Hill got the second assist. The Generals responded with Allan McShane tapping in a rebound from a Phil Tomasino shot, cutting the Colts lead in half. The second period ended with the Colts up 2-1.

In the third period it was Tomasino scoring the only goal, tying the game up at 2. Regulation time ended in a tie, so for the second night in a row, the Colts were headed to overtime.

In overtime it was overage forward, Josh Nelson, scoring his second of the night to end the game. The goal also wrapped up a big six point weekend for Barrie.

The Colts are back in action and looking to keep the streak going on Thursday night at home against the Sudbury Wolves.