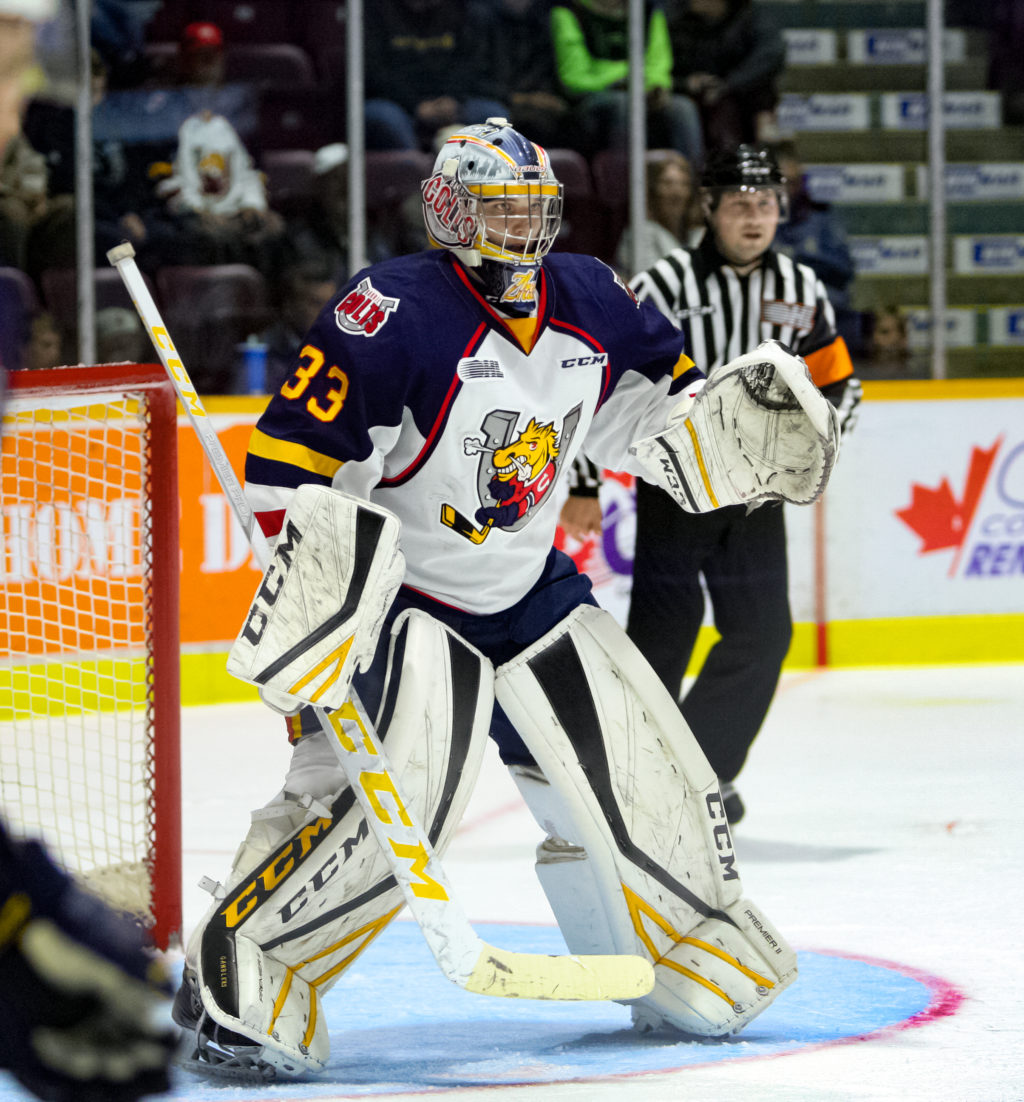 Barrie Colts, Maksim Zhukov stopped all 19 shots he faced on route to his first career shutout in Barrie’s 1-0 win over the North Bay Battalion Thursday night.

It was a game dominated mostly by the Colts who came out of the gate flying, throwing shot after shot towards former Colts net minder Chrsitian Propp who also played well stopping 34 shots.

The lone goal of the game was on the power play for the Colts in the 2nd period.  At the 4:01 mark Ryan Suzuki let one go from the top of the circle that beat Propp above the shoulder to open the scoring.  Lucas Chiodo and Joey Keane collected assists on the games only goal.

With the win Barrie improves to 11-9-1-0 for 4th in their division and jump over North Bay in the Eastern Conference standings.  They will go for the weekend sweep on Saturday night as they play host to the Kitchener Rangers at 7:30pm.