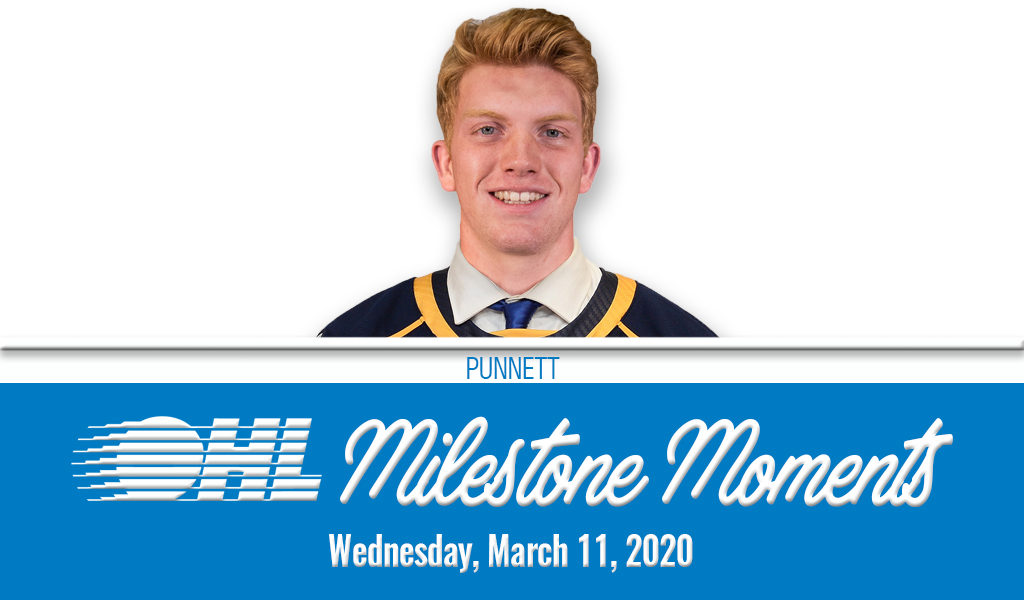 CONNOR PUNNETT (BARRIE COLTS) – 1ST OHL GOAL:
Barrie Colts rookie blueliner Connor Punnett scored the first two goals of his OHL career to power a 4-1 road win over the Owen Sound Attack. The 6-foot-1, 185Ib. defender from Huntsville, Ont. opened the scoring 2:34 into the second and rounded it out with 4:33 left in the third period. Acquired from the Saginaw Spirit in January, Punnett was the 19th overall pick of the 2019 OHL Priority Selection from the North Central Predators Minor Midgets. He has six points (2-4–6) over 51 games this season.