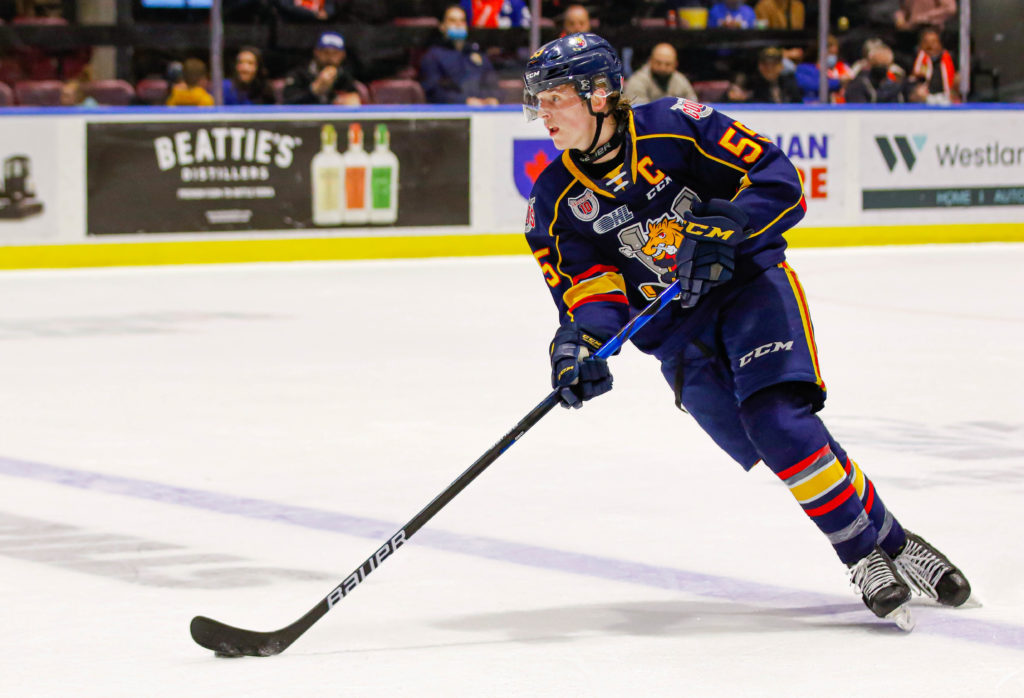 The Los Angeles Kings announced Friday afternoon that Canadian World Junior gold medalist Brandt Clarke has been reassigned to the Barrie Colts for the remainder of the 2022-23 season.

The 19-year-old Clarke picked up a pair of assists in Canada’s 3-2 overtime win to capture gold against Czechia in Halifax on Thursday, and returns to Barrie following his first taste of NHL action earlier this season.

Selected by the Kings with the eighth overall pick of the 2021 NHL Draft, Clarke got into nine games with Los Angeles, recording two assists. He had a goal and an assist in five games with the AHL’s Ontario Reign during a conditioning loan.

Barrie’s captain, Clarke was a leader on the blueline in 2021-22, finishing second among OHL defenders with 1.07 points-per-game. The Nepean, Ont. native recorded 11 goals, 48 assists and 59 points in 55 games for the Colts during his sophomore season before missing the playoffs due to injury. A former fourth overall pick in the 2019 OHL Priority Selection, Clarke registered 38 points (6-32–38) as a rookie in 2019-20.

Clarke led all OHL players at the World Juniors with eight points (2-6–8) in seven games to guide Canada to its second of back-to-back gold medals at the annual international showcase. He’s the second Canadian National Junior Team player to be reassigned to the OHL on Friday, after captain Shane Wright was sent to the Kingston Frontenacs from the Seattle Kraken earlier in the day.

The Colts visit the Mississauga Steelheads on Friday night before playing host to the Niagara IceDogs on Saturday. They’ll play host to the Flint Firebirds on Thursday, January 12th.

The LA Kings have made the following transactions: