IceDogs Take a Bite From Colts 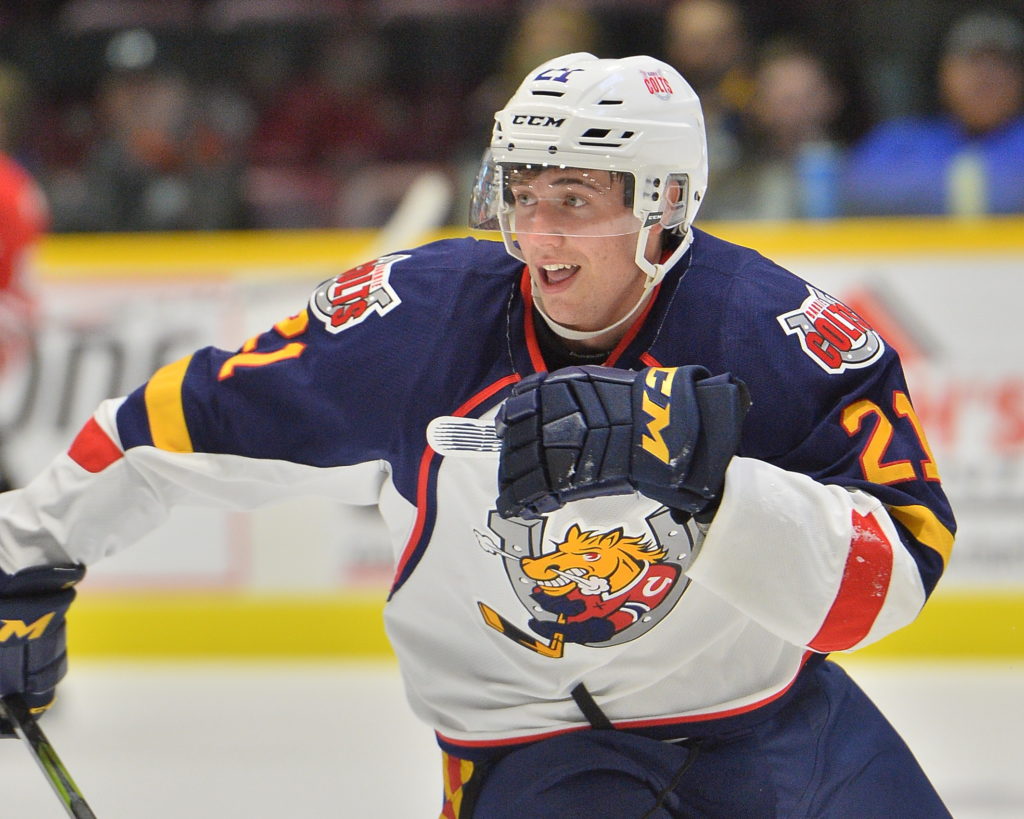 The Niagara IceDogs put their foot on the pedal and never removed it, on route to a 7-2 thumping of the Barrie Colts Thursday night.

It was a rare road Thursday for the Barrie Colts who headed to St. Catharines to take on the IceDogs for the first time this season.

After getting off to a strong start, but nothing to show for it, Barrie quickly found themselves in a hole. Three straight goals by the home, Niagara IceDogs would put the boys in blue behind the eight ball. Akil Thomas added two goals and Oliver Castleman added the other marker.

The second period wouldn’t serve much different as the Dogs capitalized on two power plays early in the frame.  First it was Kirill Maksimov followed by a Ben Jones goal which ended the night for Maksim Zhukov, who was relieved by Kai Edmonds. Before the horn would sound in the second period Kyen Sopa would put another one into the cage to carry a 6-0 lead into the final period.

Barrie would find something to cheer about in the 3rd as Peter Fleming scored his 1st career OHL goal on a point shot from Tyler Tucker that he was able to tip past Stephen Dhillon, breaking his shutout bid.

After Maksimov would add another for Niagara, Tyler Tucker would find the back of the net for his 4th of the season who leads all OHL defensemen in goals and assists so far this season.

No time to dwell on the loss as Barrie is back in action tomorrow night as they head up the 400 to take on the Sudbury Wolves for the 3rd time of the season.  The Colts will then finish off their weekend with a rematch against the same IceDogs on Saturday night.