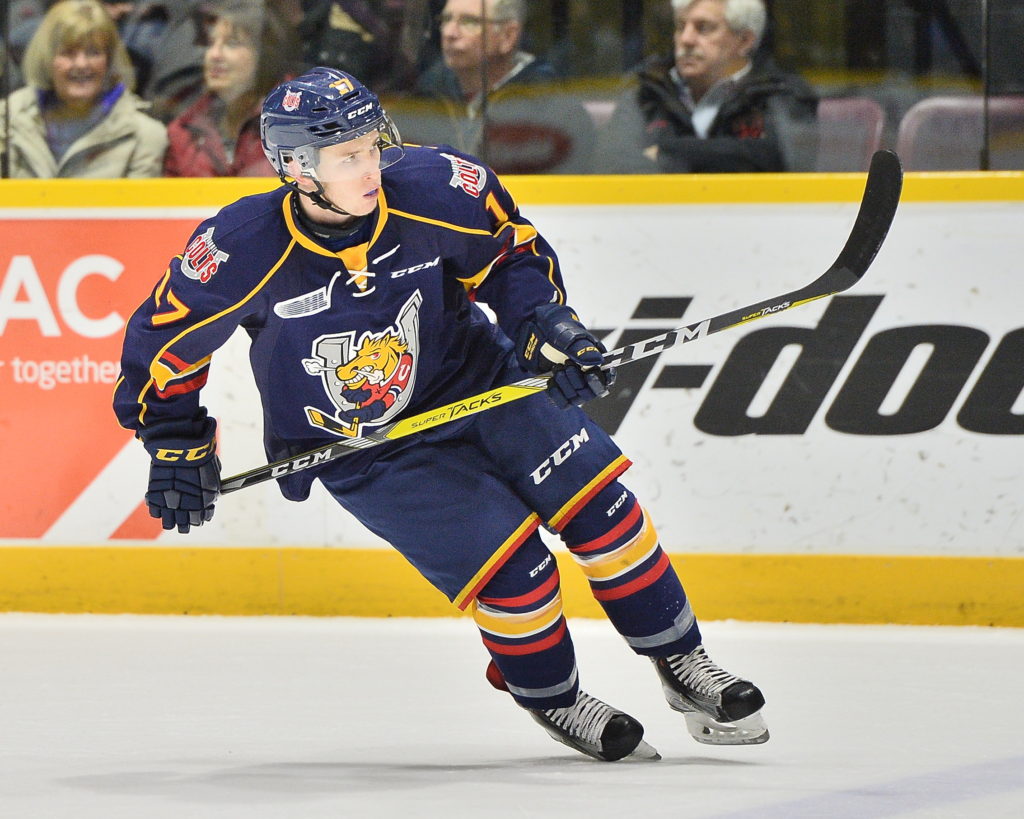 With a little less than six minutes to go in the game Mississauga took their first lead of the game on a won faceoff that was put home by Spencer Watson.

The goal came shortly after the Steelheads tied it up. Michael McLeod won the draw cleanly back to his teammate who would bury the eventual game winner in a 3-2 victory for the fish.

On a frigid Thursday night in Barrie the Colts welcomed in the Mississauga Steelheads for the last time this season.   Barrie has had success against the fish this year going 2-1-1-0 looking to finish the season series with a winning record despite missing the playoffs this year.

Barrie wouldn’t make the fans wait too long before they got out of their seats. After killing off a penalty just a couple minutes into the game Zach Magwood capitalized for his 16th of the season off a rebound. Tyler Tucker and Jason Smith would pick up tallies on the go ahead goal.

The Steelheads wouldn’t take too long to reply to Barrie’s marker. Ryan Mcleod would steal the puck away from a Barrie defender and feed it in front to Trent Fox who was able to snap it past Christian Propp who was making his third start in the last four games.

It was a strong first frame for the boys in blue who outshot the fish 17-9.

Early in the second period the Steelheads were looking to take the lead. Owen Tippet was sprung in all-alone on Propp but was stopped by his left pad keeping things tied.

Moments later it was Barrie’s goal scorer Magwood, missing a wide open cage that would have propelled Barrie out in front again.

He wasn’t done creating chances as late in the frame he set-up a point shot that he eventually got a stick on that nearly beat Jacob Ingham to give them the lead.

In the third period it was all Steelheads as they had chance after chance but Propp was there to stop them in the first half of the period.

That was able to spark the Colts. Former Steelhead Jason Smith got the gift he wanted, a goal against his former club. He was all alone in front after stripping a Missy defender and sliding under the pad of Ingham for his 6th of the season. Magwood and Landry picked up the assists on the go ahead goal.

The lead was short lived. Tippet was given way too much time and space in the slot as he was given the puck that he hammered home his 43rd past Propp who had made 28 stops to that point in the game.

The Colts are back in action tomorrow night as they head to Sudbury to take on the Wolves for the final time this season 7pm puck drop. They will finish off the weekend with a home battle against the North Bay Battalion with puck drop at 7:30pm.