Hawerchuck Scores Late Propelling the Colts to Victory over the Wolves 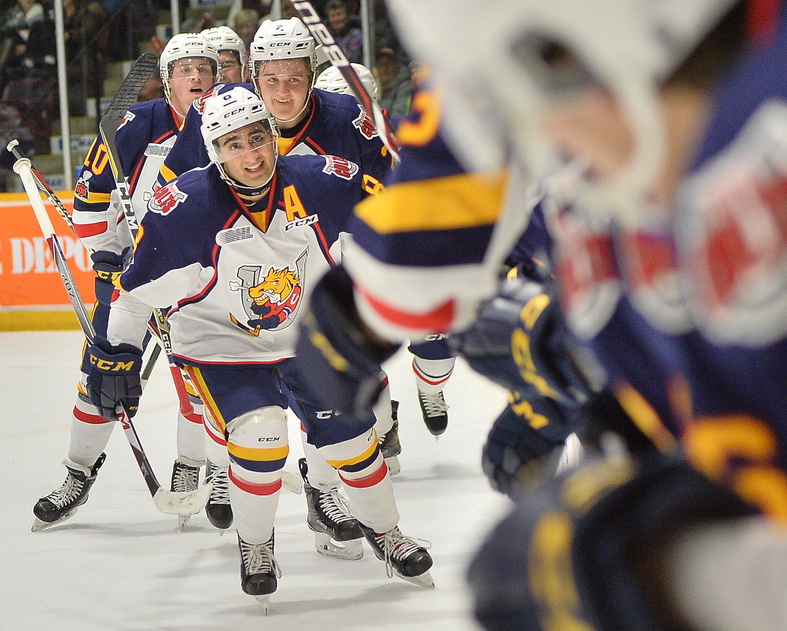 After the Sudbury Wolves managed to claw back in the third period erasing a two goal lead, Ben Hawerchuck would score the game winning goal with two minutes remaining propelling the Barrie Colts to a 4-2 victory.

The Colts returned to action after the holiday break as they welcomed the division rival Sudbury Wolves into the BMC Thursday night to begin the second half.

It would be the 4th meeting of the season between the two clubs and after the Wolves took it to the Colts in the last meeting the boys were looking to get redemption and come out of the break continuing their winning ways.

With the World Junior Championships going on in Buffalo both teams would be down their top Russian forward as the Colts were without Andrei Svechnikov while the Wolves would be without their leading scorer Dmitri Sokolov.

Late in first period the Colts would open up the scoring. After Wolves starter Mario Culina would make the initial blocker save on a shot coming off the stick of Chris Cameron, the rebound would kick directly to Luke Bignell as he wired his 7th of the season upstairs. Kyle Heitzner would collect an assist on the play.

Leo Lazarev making his 27th start of the season would a number of tremendous pad saves in the opening twenty minutes to keep the Wolves off the score sheet making all 11 saves and taking the 1-0 lead into the intermission.

Just past the midway point of the second the Colts would increase the lead two. After continuous pressure in the Wolves zone Jason Willms would throw the puck behind the visiting goal. Lucas Chiodo would make a quick wrap around off the end boards fooling Culina going between his legs for his 13th of the season.

Lazarev would make another 10 saves in the period keep the Colts ahead 2-0 skating into the final period.

Just two minutes into the third the Wolves would break the ice and cut the deficit in half.

Blake McConville would win the race to the puck in the Colts end and fire a harmless shot from below the redline catching Lazarev off guard for his first Ontario Hockey League goal to make it 2-1.

After the Colts would get called for an interference penalty the Wolves would capitalize on the powerplay to even things up.

Lazarev would make the initial save on the point shot, but Michael Pezzetta would bang home the rebound to knot things up nearing the midway point of the final period.

With two minutes remaining the Colts would answer right back. Zach Magwood would slide the puck back to Ben Hawerchuck at the point. He’d quickly snap one up high beating Culina to give the Colts the go ahead goal, his 7th on the campaign. Joey Keane would also register an assist.

With the goalie pulled at the other end, Ryan Suzuki would move the puck up to Cameron and he would add the insurance marker for his 1st goal of the season.

Lazarev would finish the game making 34 saves earning his 16th win of the season.

The Colts will have a day off before beginning a home and home series with the Owen Sound Attack Saturday night in Owen Sound before returning for the annual New Year’s contest Sunday night at the Barrie Molson Centre with a 7:30pm puck drop.