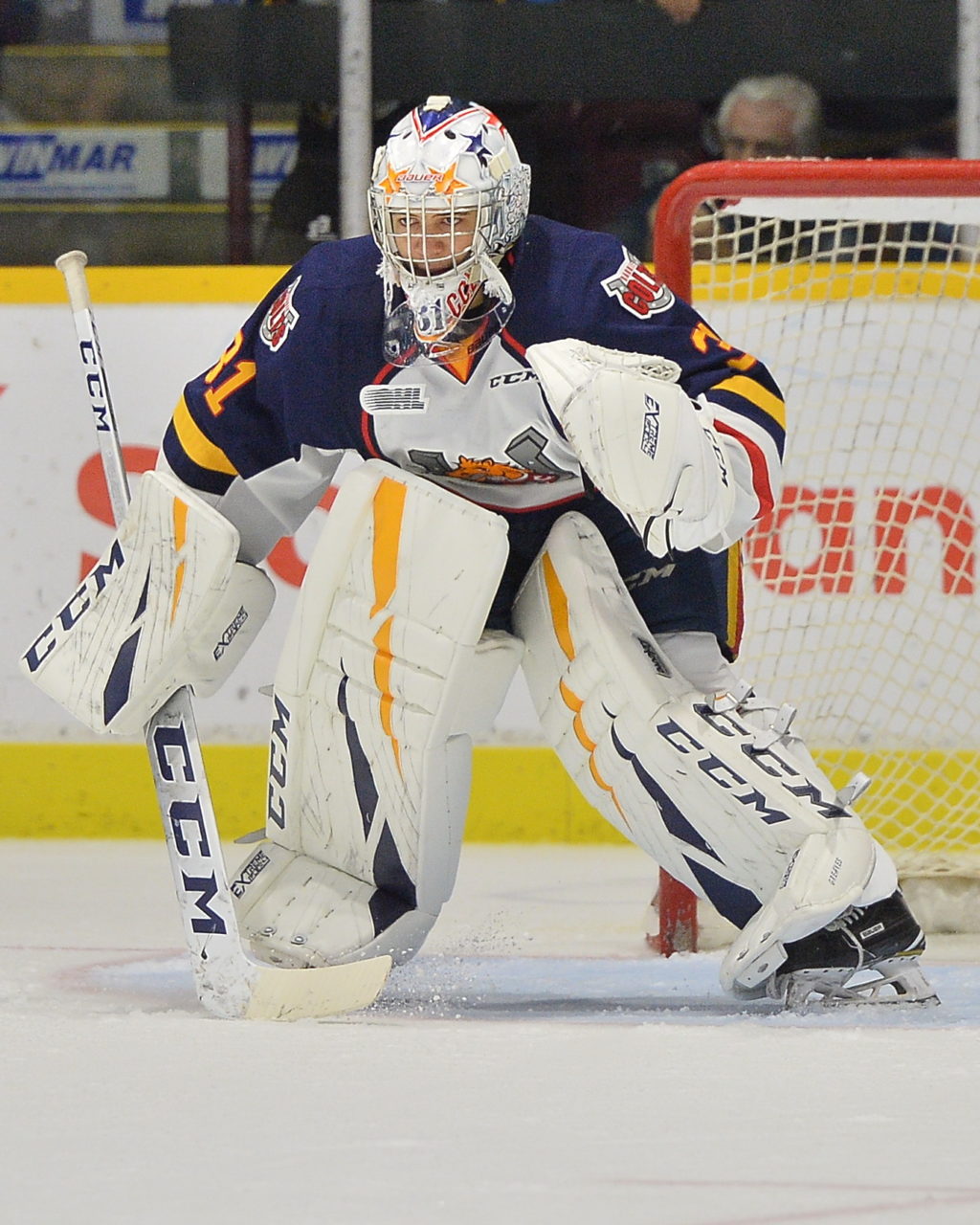 A spectacular 50-save performance by rookie Jet Greaves and a milestone moment for captain Jason Willms would ultimately comes up short for the Colts as they drop a 3-2 shootout decision to the London Knights.

The Knights began the game flying, recording six shots on goal in the first three minutes before the Colts could get their first shot.  Despite an early four-minute power play, the Colts were put on their heels as the Knights swarmed the visitors for a majority of the period.  The Knights would finish the period with a big lead in the shot department, throwing 21 shots on target compared to the Colts 4 shots.

Despite being overwhelmed in the 1stperiod, the Colts would regroup at the intermission and turn the tides early on in the 2nd.  After beginning the period on a 5-on-3 power play, Jacob Tortora would walk in from the half-wall and sneak a shot between the legs of Knights goaltender Joseph Raaymakers just 16 seconds into the period. Forward Ben Hawerchuk and defenceman Jack York would pick up assists on Tortora’s 13thof the season.

The Colts would continue to build off the momentum of their opening goal as the pace of the game was back and forth for the remainder of the period until the Knights finally controlled the momentum yet again.  The home team finally managed to solve the Colts goaltender Greaves after stopping the first 29 shots he faced.  A bouncing puck in the zone found a way onto Kevin Hancock’s stick before he put it into the net to tie the game up at 1-1.  Cole Tymkin and Liam Foudy would pick up assists on the tying goal.

The 3rdperiod picked up right where the 2ndperiod left off, as chances at both ends kept the Colts and Knights on their toes.  The Colts would break the tie yet again thanks to a goal from Ryan Suzuki, only to have it called back shortly after.  Jacob Tortora and Suzuki broke in on a two-on-one and Tortora fed the puck across to the London native who buried it.  However, after the refs had a meeting together and discussed it, there was a fight behind the play between two players that negated the goal to keep it tied at 1-1.

The Knights would take advantage of the momentum shift as they came right down to officially break the tie.  A cycle deep in the Colts end resulted in their second of the game, as Connor McMichael would score his 31stof the season.  Nathan Dunkley and Paul Cotter would pick up assists on the goal.

With time winding down, the Colts pulled Greaves to get the extra attacker on the ice in hopes of tying it up.  After hitting two posts early, the persistence by the Colts would persevere as captain Jason Willms would score his 50thcareer OHL goal to tie the game up with 19 seconds left.  Two players with London ties, Ryan Suzuki and Dalton Duhart, would get assists on the captain’s milestone.

An action-packed overtime period saw both teams get their chances as the Colts and Knights fought for the all-important second point.  Raaymakers and Greaves were both up to the task, however, as this game was forced into a shootout.

This would be the first time this season that the Colts would play in a shootout and Jet Greaves would get his first taste in shootout action.  The Knights would shoot first as Paul Cotter skated in against Greaves but couldn’t put it into the net.  Jacob Tortora would step up first for the Colts and tried going five-hole but Raaymakers shut the door quickly.  Kevin Hancock shot second for the Knights and would be denied by Greaves to give the Colts an upper hand.  The London native Ryan Suzuki would step up second for the Colts and went to make a move around Raaymakers but would lose the handle on the puck, resulting in a miss.  The third round of shooters saw Connor McMichael skate in wide on Greaves and snap a shot past the Colts netminder to take the lead.  The Colts chances of tying it up rested on overage forward Ben Hawerchuk’s shoulders, as he skated in and tried snapping a shot but Raaymakers stood tall to win the game for the Knights.

The Colts finish the season series against one of the top teams in Canada by picking up 3 of 4 points.  Greaves finished the game with a 50-save performance and earned 2ndstar for the game.

The boys look to finish up their three-in-three week tomorrow back at home in a crucial Central Division matchup against the Mississauga Steelheads.  Puck drop is scheduled for 7:30pm at the Barrie Molson Centre.