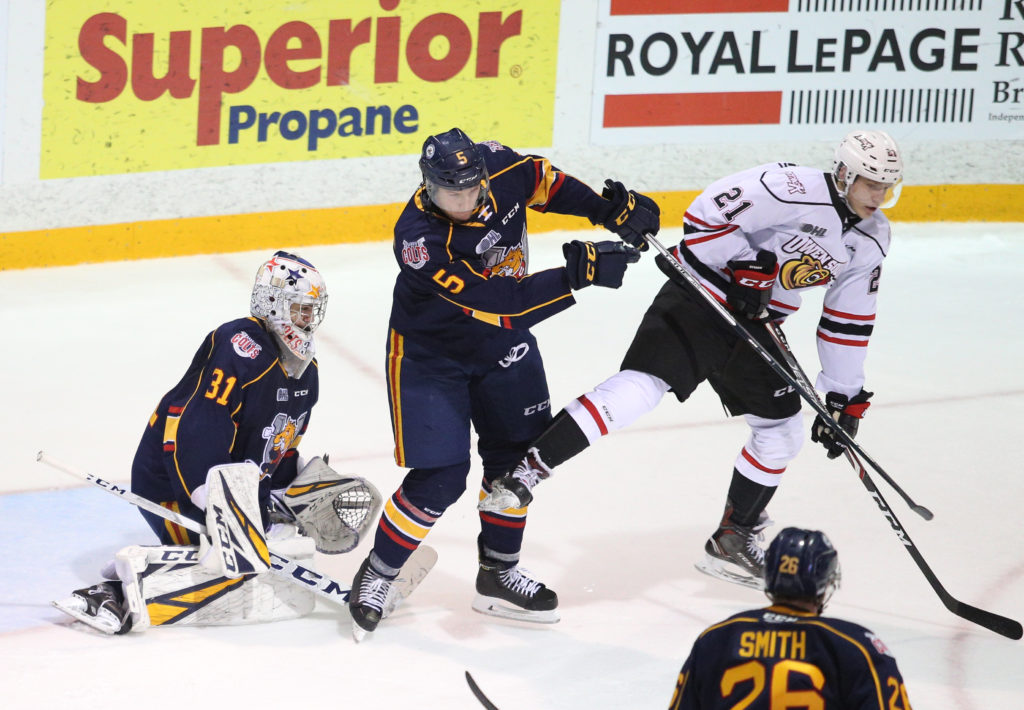 The Barrie Colts were on the road today against the Owen Sound Attack for a Sunday afternoon showdown. The Colts were coming off a thrilling overtime loss last night to the Oshawa Generals in their return from the Christmas break. Owen Sound was also coming into today’s match-up coming off a loss to the Mississauga Steelheads last night.

In the first period it was Carolina Hurricanes first round pick, Ryan Suzuki, getting the first one. Tyson Foerster shot it from the high slot and Suzuki banged in the rebound to open the scoring. After that Owen Sound struck twice, first from Sergey Popov and then Kaleb Pearson, ending the period with a 2-1 Attack lead.

In the second period it was Matthew Sredl scoring from the slot to tie the game at 2. Oliver Smith picked up his first career OHL point with an assist on the goal and Luke Bignell collected the second assist. After that, it was Jason Willms burying a slap shot on the powerplay to give the Colts the lead. The Colts kept adding pressure, and eventually Luke Bignell would deflect a Brandt Clarke point shot to extend the lead to two. Clarke and Foerster picked up the assists. The Attack would respond late in the frame with Daylon Groulx banging in a rebound, bringing Owen Sound back within one. After 40 minutes, the Colts lead 4-3.

Jet Greaves stood on his head in the third period, making 52 saves on the way to a 4-3 Colts win.

The Colts are back in action Tuesday night at home for the annual New Years Eve game against the Guelph Storm.