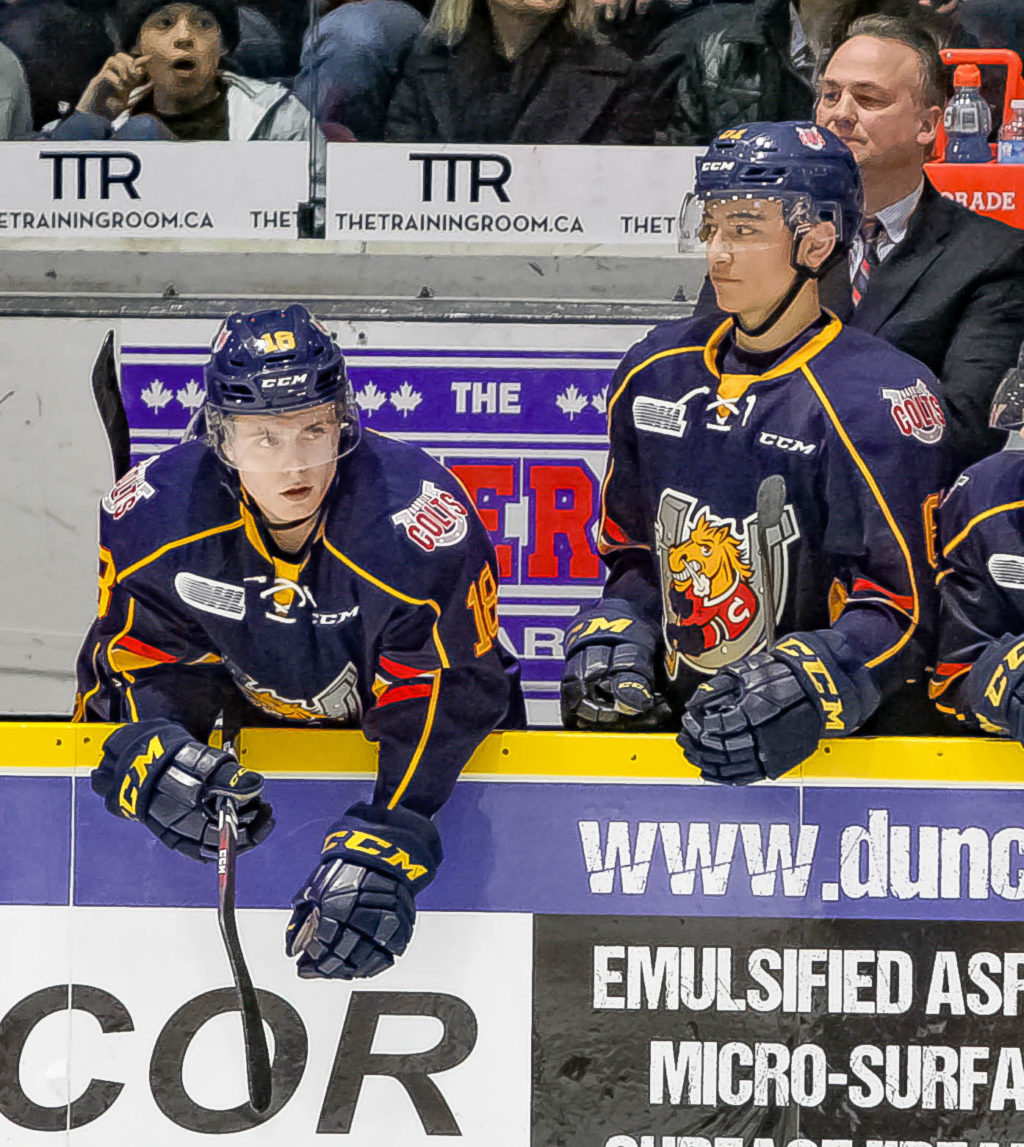 The Kingston Frontenacs would hold on to a third period lead to take their first game in the series 4-2.

After a hard fought two games in Barrie with the Colts taking the 2-0 series lead, things would swing East for games three and four.

The Colts sent a fan bus of 50 people to cheer on the boys, and with the Luchuk family so close by they wanted to make the K-Rock Centre feel like a second home for the series.

The scoring would get started on the powerplay midway through the first period.  After Luke Bignell took a double minor high sticking penalty the Frontenacs Jakob Brahaney would let a shot go from the point that would make it through a screen and past Leo Lazarev.

That goal would happen before the two-minute mark of the powerplay, leaving the Fronts on the man advantage.  They would strike again quickly after.  Linus Nyman would put home the second giving the home team a 2-0 lead.

On a Barrie powerplay later in the period it was Andrei Svechnikov taking matters into his own hands. Picking up the puck from Lazarev and going end to end as he split the Kingston defense and finished it off by snapping one past Jeremy Helvig to cut the lead in half.

In the second period there would be no scoring, but lots of physical play and absolutely zero lack of chances. Both teams coming close to either tying the game or extending the lead.

On a Barrie powerplay in the third period they would tie the game early on the man advantage.  It was Dmitry Sokoolov stepping into the slot and blowing one past Helvig to bring the game square.  Luchuk and T.J. Fergus assisted on the tying goal.

With just over eight minutes to go in the third period Kingston would restore their one goal lead. It was a shot from a strange angle by Gabriel Vilardi that beat Lazarev short side for the 3-2 lead.

Vilardi would add the empty net goal to seal the victory for Kingston and at least force a game five back in Barrie.

Game four will be back in Kingston on Tuesday night at 7pm.