Fronts Hold Down the Fort En Route to Series Victory 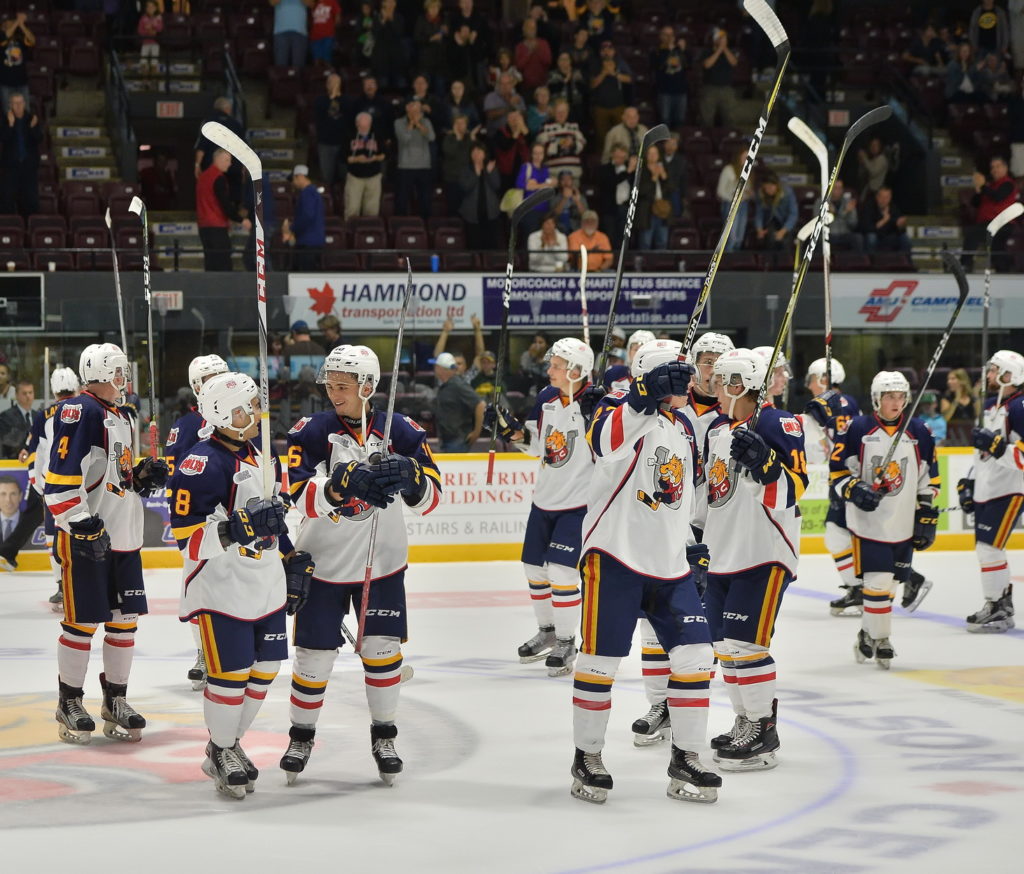 The Kingston Frontenacs finish off the series with a 2-1 win on home ice.

Friday the 13thwas the night of game 6 of the Eastern Conference Sem-finals with the Kingston Frontenacs holding a 3-2 series lead against the Barrie Colts.

The Frontenacs came into this game looking to punch their ticket to the Eastern Conference Finals to go head to head against the Hamilton Bulldogs, where as the Colts were looking to get back in the win column and keep their playoffs alive.

The Colts had a 2-0 lead in the series but have since let it slip with three straight Kingston victories and they would need a win out East to keep things alive.

It wasn’t a good start for the boys in white as it was the home team scoring the opening goal.

On a two on one Max Jones muscled his way past a defender and slid it across to Brett Neumann who kicked it towards the goal which was originally stopped by Leo Lazarev, but he followed up his shot and poked the loose puck in to make it 1-0.

The boys in white would need a good start to the 2ndto get the momentum back.  They did just that. Joey Keane worked his way into the zone and faked out a defender before dropping the puck for Aaron Luchuk who snapped home his 5thof the playoffs to tie the game at one.  T.J. Fergus picked up the second assist on the play.

Late in the second period when it looked like these two teams would head to the third even at one, a funny bounce went the way of Kingston.  Ted Nichol put the puck towards the net that went off two different Colts defensemen and over the head of Lazarev and in to give the home team the 2-1 lead.

In the third both teams would have a couple of good chances in the first half of the frame but no one could find that crucial goal.  Barrie also had a huge penalty kill during that stretch to keep the game within one.

With just over three minutes to go it looked like the Colts were on the verge of tying the game.  A nice play that was put out front by Luchuk to a wide-open Dmitry Sokolov left him a wide open net. Instead it was the glove of Jeremy Helvig absolutely robbing him and keeping the one goal lead.

Kingston would hold the Colts off on a late surge to win the game 2-1.

With the victory the Kingston Frontenacs move onto the Eastern Conference Finals to take on the Hamilton Bulldogs. Kingston won the last four games of the series after dropping the first two games in Barrie.

The Barrie Colts would like to thank all of our fans all season and playoffs long for the support you showed the boys. 2018-19 season is right around the corner and the team is looking for a chance at redemption.