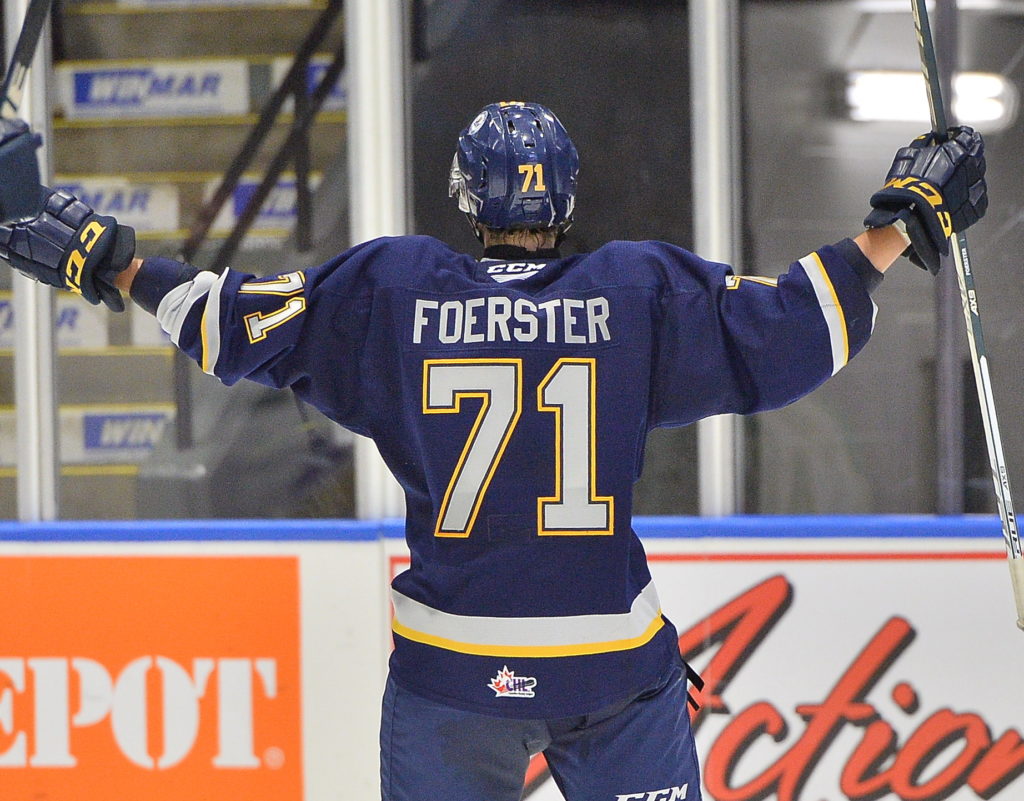 The Barrie Colts were at home Saturday night playing the Mississauga Steelheads. The Colts were looking to bounce back after a loss to the Owen Sound Attack on Thursday.

The first period was full of scoring for the Colts. Ryan Suzuki got the first one less than a minute into the game off of a great pass from Tyson Foerster on a 2-0 breakaway. The Colts would then add another off the stick of Nathan Allensen from the high slot. Suzuki and Foerster both got assists on that one. In the last minute of the frame, with the Colts on the powerplay, it was Foerster scoring on a one-timer from a Suzuki pass, with rookie Brandt Clarke picking up the second assist on that goal. Arturs Silovs stood on his head all period long with multiple breakaway stops and made 18 saves in the opening period.

Luke Bignell opened the scoring in the second period with a beautiful move cutting across the crease and sliding it in, with Jack York picking up an assist. The Steelheads responded with a pair of goals. First it was Richard Whittaker with a tap in off of a Liam Ham pass. After that, on the powerplay, it was Thomas Harley finding the back of the net from the point, with assists from Liam Ham and Nicholas Canade. The second period ended with the Colts up 4-2.

The Colts struck first in the third period with Foerster stealing it in the offensive zone and walking around the defense before ripping a shot bar-down for his second of the game. The Steelheads answered on a 5 on 3 powerplay with Keenan Washkurak burying one five-hole with assists from Ole Bjorgvik-Holm and Thomas Harley. The Colts would then head to the powerplay and it was the captain, Jason Willms banging in a rebound. Matej Pekar and Tyson Foerster got the assists on the goal. Shortly after that it was Foerster again, scoring his third of the night to complete the hattrick. Suzuki and Bignell picked up the assists on that one.

Tyson Foerster had 6 points in the game.

Coach Warren Rychel said, “Our goaltending was outstanding and we’re very happy about the win.” Rychel also said the next step is to cut down on the amount of penalties the team is taking.

The Barrie Colts are on the road next week taking on Sarnia and Windsor.