Five Colts off to NHL Camps 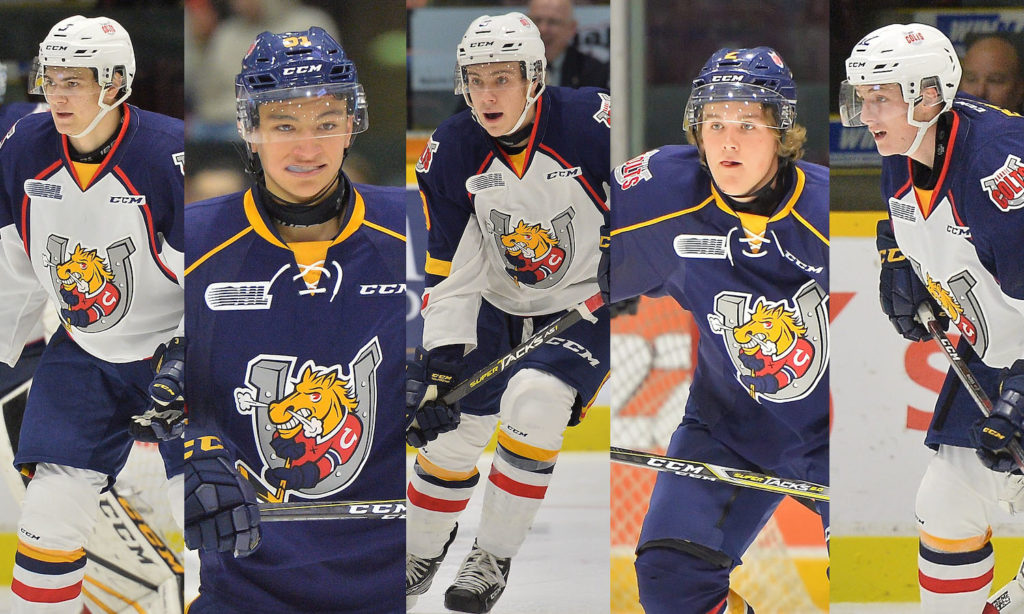 Five Barrie Colts players are off to NHL camps this week.

Mathew Hill is off to Anaheim for their camp this week. The 6’4 defenceman is entering his third season with the Colts and was recently drafted in the 6th round of the NHL draft to the Anaheim Ducks. Hill is a former 4th round pick of the Colts and is showing significant improvement every season.

Ryan Suzuki is off to Carolina Hurricanes camp after being drafted in the first round, 28th overall by the Hurricanes.The former 1st overall OHL draft pick lead the Colts in points last season with 75 and is looking to earn himself his first NHL contract this week.

Jack York was traded to the Colts midway through last season where he quickly became one of the top defenceman on the team. York earned himself a free-agent invite to the Montreal Canadians camp this week and is hoping to prove people wrong for passing up on him in the NHL draft.

Tyler Tucker is off to St. Louis this week for the Blues camp. The former first round OHL draft pick is heading into his 4th season in the OHL, all of them with the Barrie Colts. Tucker was drafted in the 7th round back in 2018 to St. Louis, and after the Colts being eliminated last season, even got the chance to play his first few professional games with the San Antonio Rampage in the AHL.

Matej Pekar is headed to Buffalo for the Sabres camp this week. Pekar is a 4th round pick of the Sabres and signed an entry level deal with them last year. The Czech native played an important role for the Colts last season and averages over a point per game in the OHL.