Colts Win at Home over IceDogs 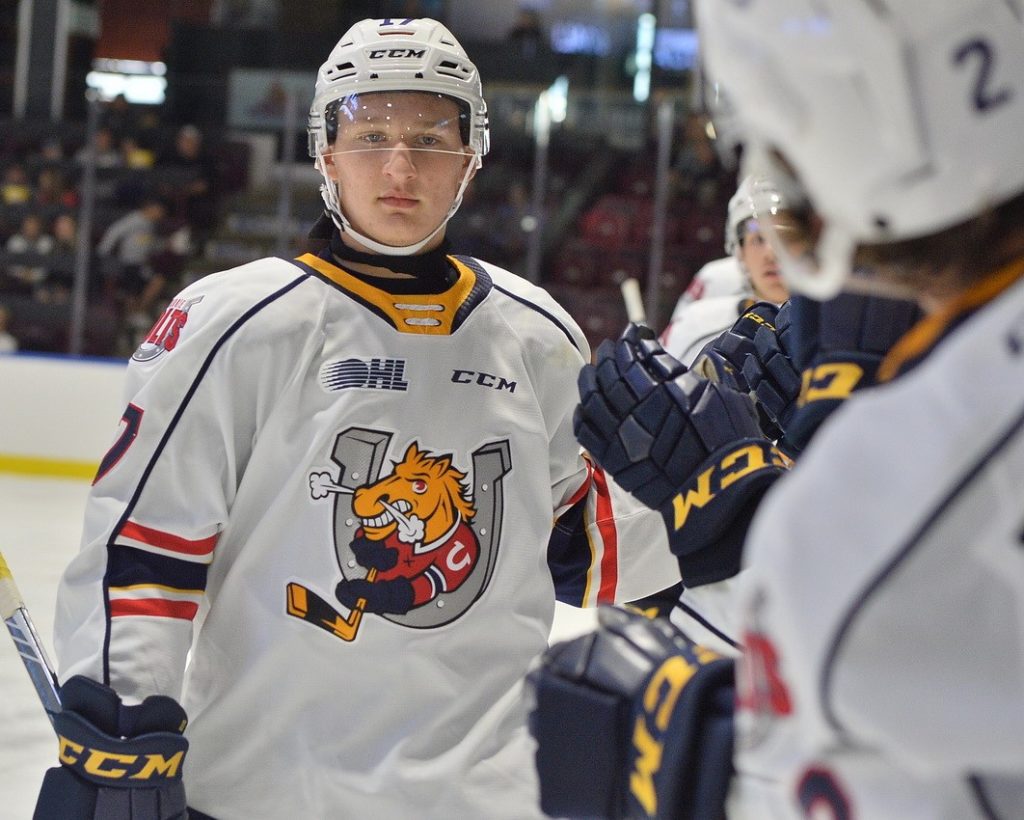 The Barrie Colts were back in action Thursday night for a pre-season match-up against the Niagara IceDogs at the Colts Centre. The two teams have met before earlier this pre-season in Port Colborne, where the Colts won 3-2 in a shootout.

The first period saw some quality chances at both ends of the ice, but no scoring.

In the second period the Colts found their scoring touch. First it was Peter Fleming with a rocket of a shot from the low slot. The assists came from Sam Rhodes and Nathan Allensen. Then on the powerplay it was Luke Bignell with a tip-in from a Jack York point shot. Riley Piercey picked up the second assist on that one. After that it was the rookie, Ryan Del Monte, with his first of the pre-season after stealing it from the IceDogs defender and dangling in towards the net, before roofing it top-shelf. The second period ended with the Colts up 3-0.

The third period was another action packed one with goals from both sides. It was IceDogs Bradey Johnson and Jonah De Simone scoring within a minute of each other mid-way through the frame making the game a close one at 3-2. Then with under two minutes to play the IceDogs pulled their goalie, and it was Brandt Clarke that found the empty net from the Colts defensive zone. Shortly after that, with the IceDogs net still empty, it was Jacob Tortora scoring from the neutral zone after a pass from Jason Willms.

Interim Head Coach Warren Rychel picked up a win in his first game behind the bench. Rychel said he had fun in his first game as a Coach and is lucky to have such good assistants to help ease the transition. Rychel also said he liked the way the team played and the effort the young guys brought tonight. He continued to say that all four lines were contributing and that is how the team will keep winning games.

The Barrie Colts are back in action tomorrow night in Kitchener as they are set to take on the Rangers.