Colts Win a Thriller in Oshawa 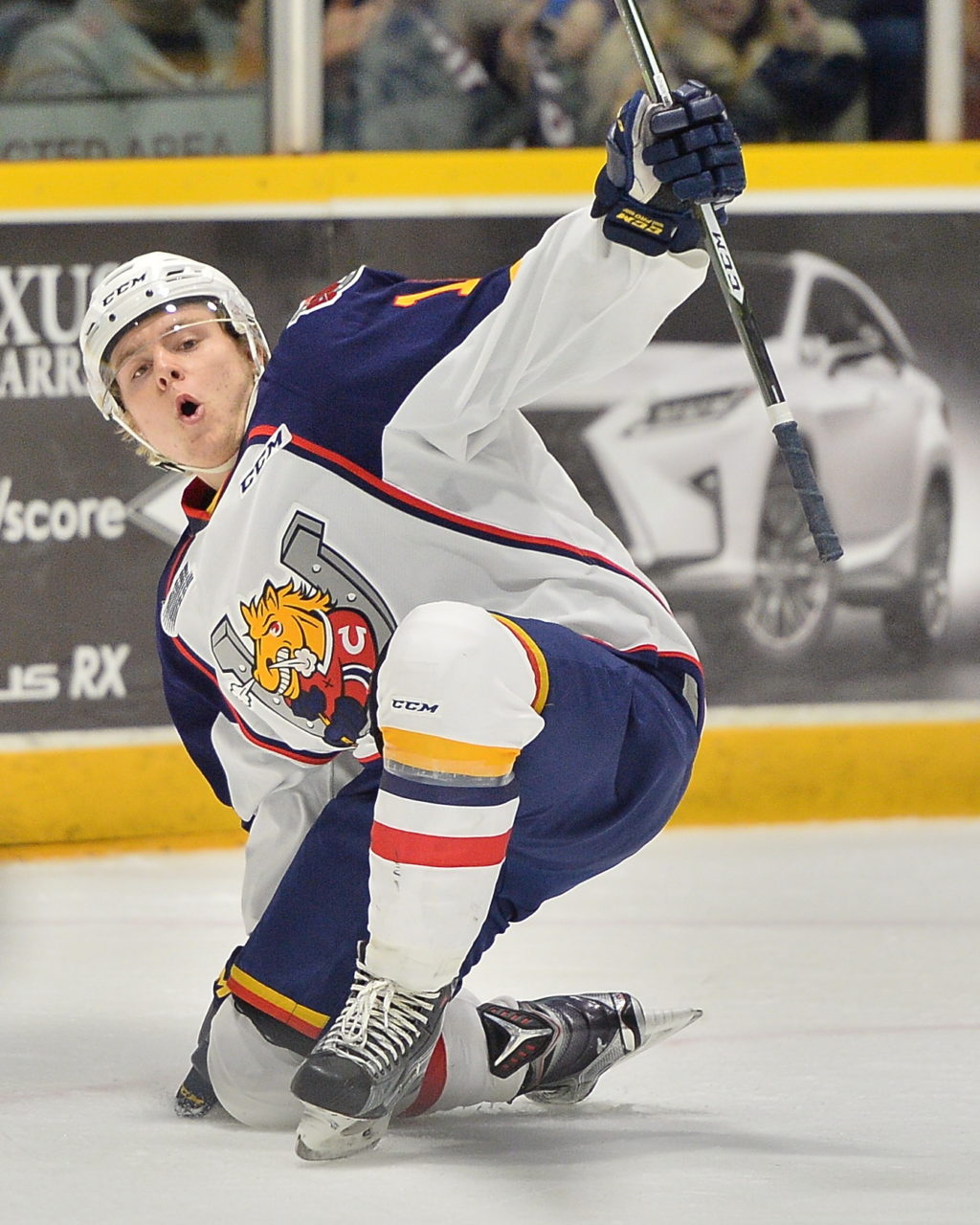 A late third period goal by Zach Magwood pushed the Colts to a 5-3 victory in Oshawa Sunday night.

Barrie’s Lucas Chiodo forced a turnover in the Oshawa zone before finding Magwood alone in front to put Barrie up 4-3 on route to their 5-3 victory.

The Colts came into Sundays contest after dropping back to back games for the first time this season. Looking to get back in the win column the boys in blue got things started quickly.

A little less than four minutes into the game Barrie was able to maintain some pressure inside the Oshawa zone, which lead to a point shot that Colts captain Justin Murray threw towards the net that found its way home. The goal was the London, ON natives 3rd of the season and went unassisted.

They weren’t done there. Just a couple minutes later Murray was part of things again. He jumped into a three on one with Magwood and Chiodo. Murray left the puck for Magwood who fed it across to Chiodo who took it off his skate before throwing it over the shoulder of Cole Ceci of the Generals to extend Barrie’s lead to 2-0.

At the other end, Kai Edmonds was making his second start of the season after Leo Lazarev got the nod in the first two of the week. On a Generals powerplay, Oshawa had a couple of great chances to get back in the game but Edmonds came up with a couple big pad stops to keep them off the board and take the 2-0 lead to the dressing room.

The Generals took that late momentum and rewarded themselves early in the second period. Kenny Huether finished off a cross-ice pass as he put it between the legs of Edmonds to get the Gens on the board.

Things then got chippy. After a five minute major penalty that was given to Serron Noel the Colts went to work with the man advantage. It was the newest Barrie Colt, T.J. Fergus snapping one home from the point to restore Barrie’s two goal lead and made it 3-1. Ryan Suzuki and Chiodo would pick up assists.

After a lengthy stretch of the game with a powerplay Barrie wasn’t able to add another one. Instead at the end of their man advantage, Oshawa was able to capitalize on theirs. Danil Antropov was sent in on a breakaway and slid home the backhander to cut the Barrie lead to 3-2.

Before the buzzer could sound the Gens were able to tie things up. Eric Henderson found a loose puck sitting in front of Edmonds and he slipped it between his pads to tie things at 3.

Just over five minutes into the third the Generals came in with three or four quality scoring chances and Edmonds had to be sharp. It was just the rookies third appearance in between the pipes after coming in relief of Lazarev on Thursday night at home.

A late goal by Fergus put the cherry on top of an exciting game in Oshawa Sunday night.

Barrie will next be in action this coming Friday as they head to Guelph to take on the Storm for the first time this season. They will then head home on Saturday for a rematch with the Generals at 7:30pm.