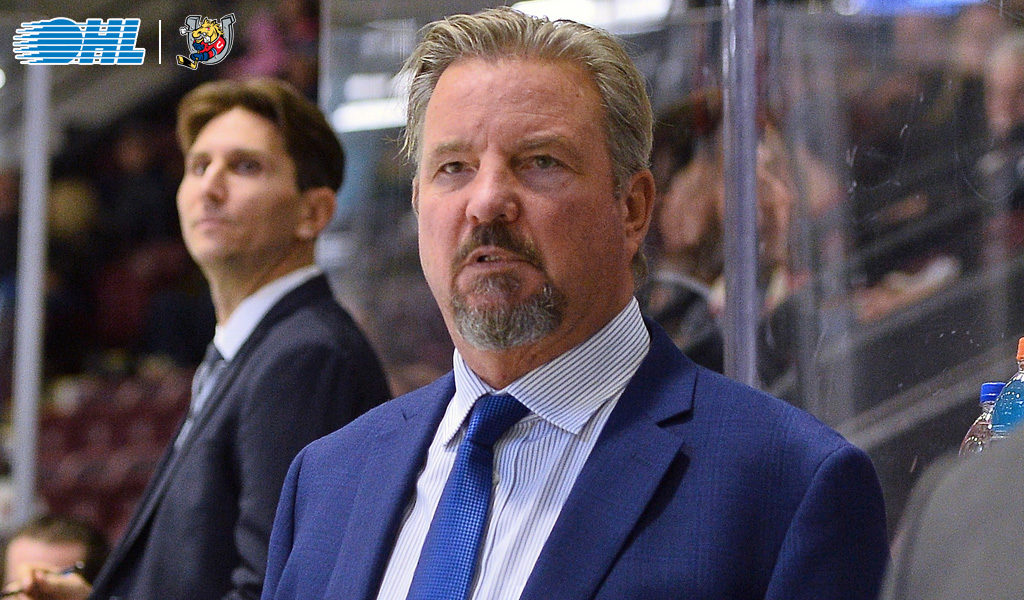 Marty Williamson’s 500th career OHL coaching win came in comeback fashion on Saturday night in Barrie as the Colts thundered back from a 2-0 deficit to defeat the Sarnia Sting 3-2 in overtime.

Evan Vierling netted the deciding goal, making Williamson the ninth coach in OHL history to hit the 500-win plateau. He accomplishes the feat after coaching in his 900th career contest last week.

Williamson is in his 14th season behind an OHL bench, having served as a head coach in both Barrie and Niagara. The 59-year-old has steered his clubs to three different Eastern Conference titles, with the first coming in Barrie in 2010. His 282 victories with Barrie are the second-most on the franchise’s all-time list, 23 back of Dale Hawerchuk’s club mark of 305.

Williamson’s Colts sit third in the Central Division with a record of 9-6-2-1. They return to action on Friday night in Niagara.