Colts vs. Steelheads 1st Round Preview 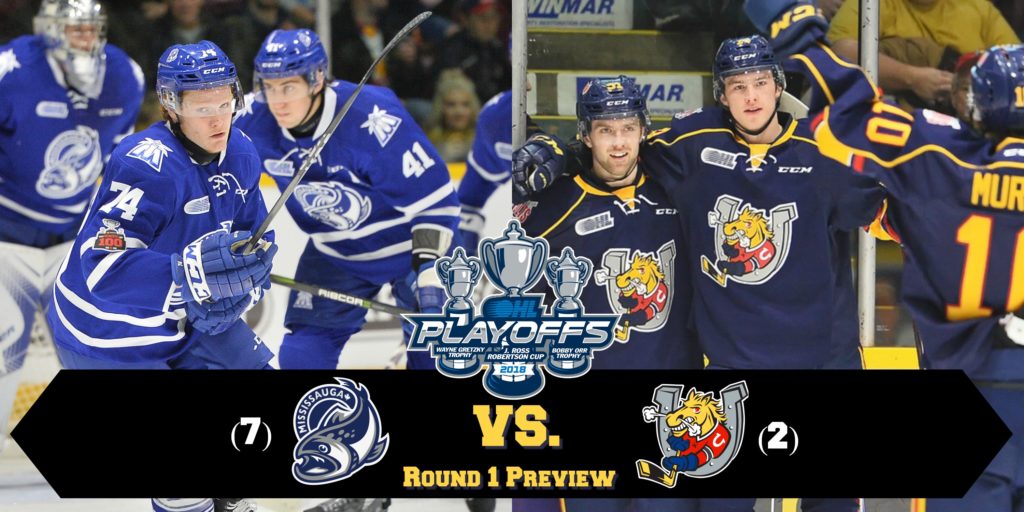 These two teams faced off against each other on six different occasions this season. The lower seed Steelheads took the season series 4 games to 2.

Keep an eye on:

Barrie Colts forward Aaron Luchuk finished off the season as the OHL’s leading scorer with 115 points (50 goals, 65 assists) as he becomes the 2nd Colt to win the scoring title in the last 3 years (Kevin Labanc in 2016 with 127 points).  With his 50 goals the Ottawa Senators prospect also finished tied for the OHL lead in goals with his teammate and Minnesota Wild prospect, Dmitry Sokolov.  Also finishing off the season at the top of a scoring race was Andrei Svechnikov who won the rookie scoring title with 72 points in 44 games.  He will be looking to make an impact when the games start to matter most as the Barnaul, RUS native is expected to be a top pick in this coming NHL Entry Draft in June.

On the flip side the Steelheads are lead by Vegas Golden Knights prospect, defenseman Nic Hague who finished 2nd in the league in defensive scoring with 78 points this season.  Leading the charge up front for the fish is Florida Panthers prospect Owen Tippet who finished the season with 75 points (36 goals, 39 assists) in 51 games.

Also look out for the Steelheads power play that was second best in the league, clicking at a 25.5% rate during the regular season. That’s going up against the Colts 834 PIM, which is the 2nd most in the league.  Discipline hockey will be very key in this series.

The last time these two teams met in the playoffs was back in 2016 where the Barrie Colts won the series 4 games to 3 in the 1st round of the OHL Playoffs.