Colts vs. Frontenacs Round 2 Preview 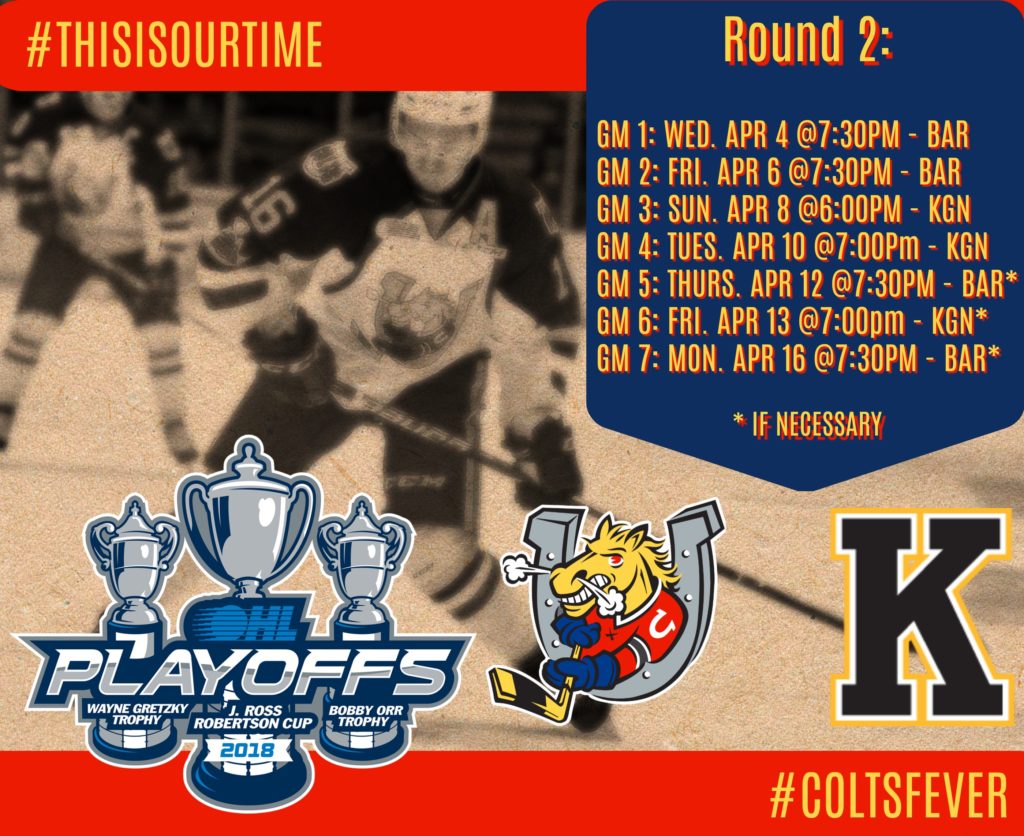 After a thrilling finish to the 1st round of the OHL Playoffs, the Barrie Colts and Kingston Frontenacs are ready to square off in the Eastern Conference Semi-final matchup.

Barrie and Kingston were separated by eight points in the OHL Eastern Conference Standings with the Colts finishing 2nd and the Frontenacs finishing 3rd.

Both teams come into this series with thrilling victories in their final games of their series. Kingston survived a game 5 triple overtime victory against the North Bay Battalion on Saturday night.  While, Barrie came out with a big 8-2 victory to eliminate the Mississauga Steelheads in game 6 on Sunday afternoon.

These two teams squared off against one another on four occasions this season.  Here are the results:

Here is the Series Schedule: