Colts Trip Up the Hounds 4-2 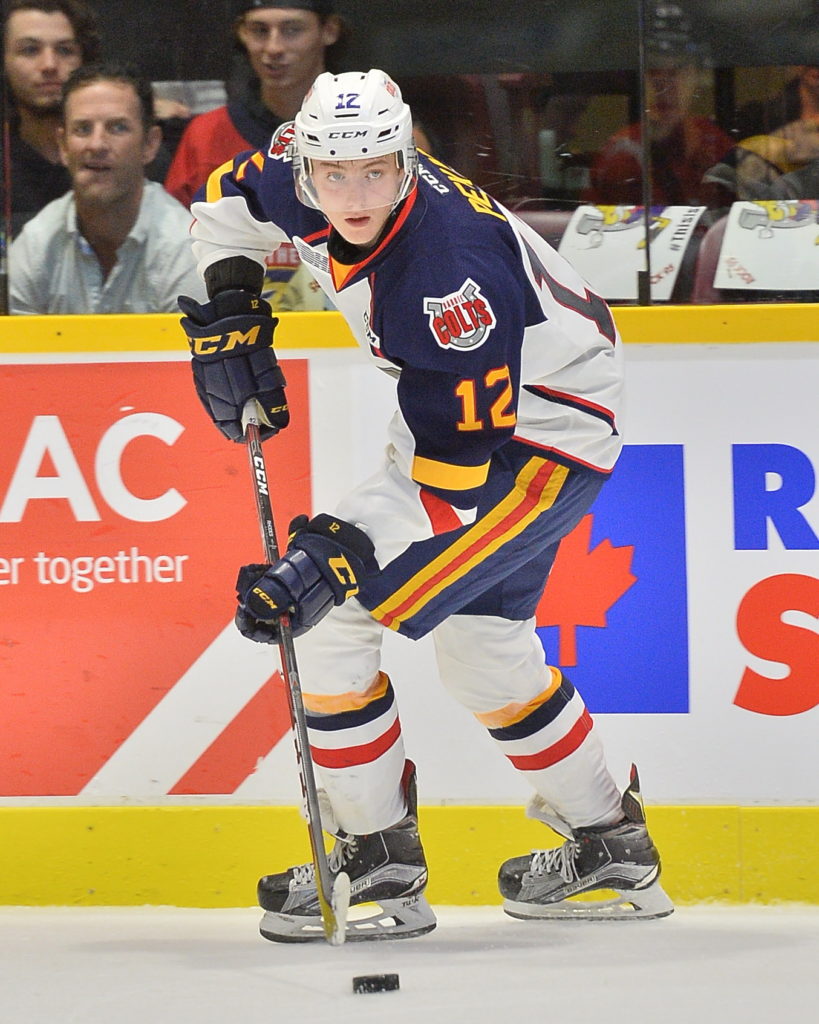 A goal by Matej Pekar at the 13:51 mark of the third period, put the Barrie Colts in front for good as they rolled to a 4-2 win over the Sault Ste. Marie Greyhounds on Sunday afternoon.

A three game losing streak was staring the Barrie Colts in the face as they laced them up in Sault Ste. Marie on Sunday afternoon. Also fresh off a trade that sent their captain to the Saginaw Spirit in a three-way trade involving the Kitchener Rangers.

In the Soo for the first and only time this season, Barrie was up against one of the top teams in the West, but that did not stop them from putting in a strong fight as they came out flying in the first period.

After having a scoreless first half of the opening frame, the Colts would get going.  Lucas Chiodo and Ryan Suzuki showed off some nice passing which resulted in Chiodo putting home his 18th goal of the season for the 1-0 lead.

Just 44 seconds later they would add to the lead as Jason Willms was able to knock one out of the air and in behind Matthew Vilalta for his 7th of the season.  Tyler Tucker and Matej Pekar tallied assists.

Just as the period was ending the boys in blue looked to have taken a 3-0 advantage but Chiodo tipped the puck in just after the buzzer and after it being counted as a goal it was deemed too late which brought it back to 2-0.

In the second period it was the Greyhounds hitting the board twice.

First it was a goal by Robert Calisti who scored his first career OHL goal just over three minutes into the period.  Then later in the period it was the Greyhounds leading goal scorer, Keeghan Howdeshell scoring his 25th of the year to tie things up heading into the third period.

In the 3rd it was back and forth play, but it was Barrie getting the go ahead goal off the stick of Matej Pekar for his 12th of the season. Tucker and Joey Keane assisted on the game winning goal.

Joey Keane would add an empty netter to capture the 4-2 victory.

Colts net minder Kai Edmonds made 29 saves in the win.

Barrie is back in action this coming Thursday for their annual Teddy Bear Toss game brought to you by Monte Carlo Inns.  Don’t forget to bring a brand new or gently used teddy bears to toss on the ice when Barrie scores their first goal.