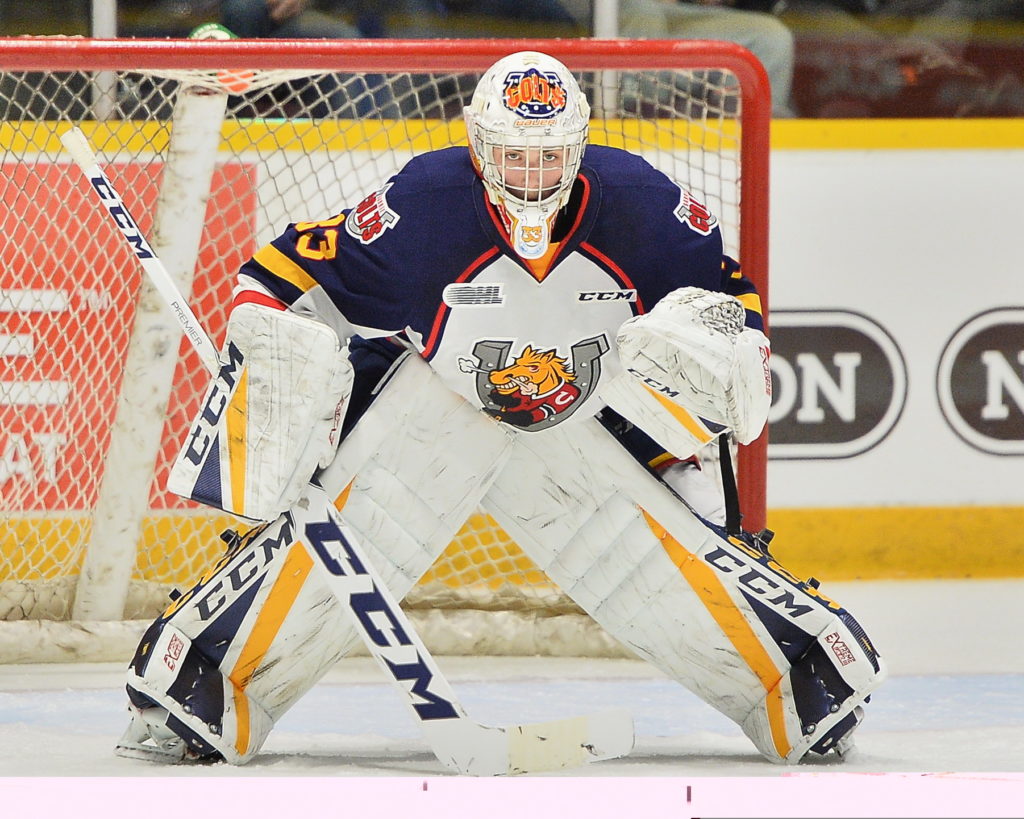 Propp was then immediately sent to the North Bay Battalion in a separate deal.

Propp, a native of Milton, Ontario spent parts of three seasons with the club with a 8-22 career record with the club.

The ’99 born goaltender joins a Battalion club inside the central division with the Barrie Colts, so we expect to see some more of Propp in the near future.  The two clubs have squared off three times so far this season, with the Colts taking two of the three.  Their next meeting will be November 26th in North Bay.