Colts Too Much for Fronts in 3-1 Win 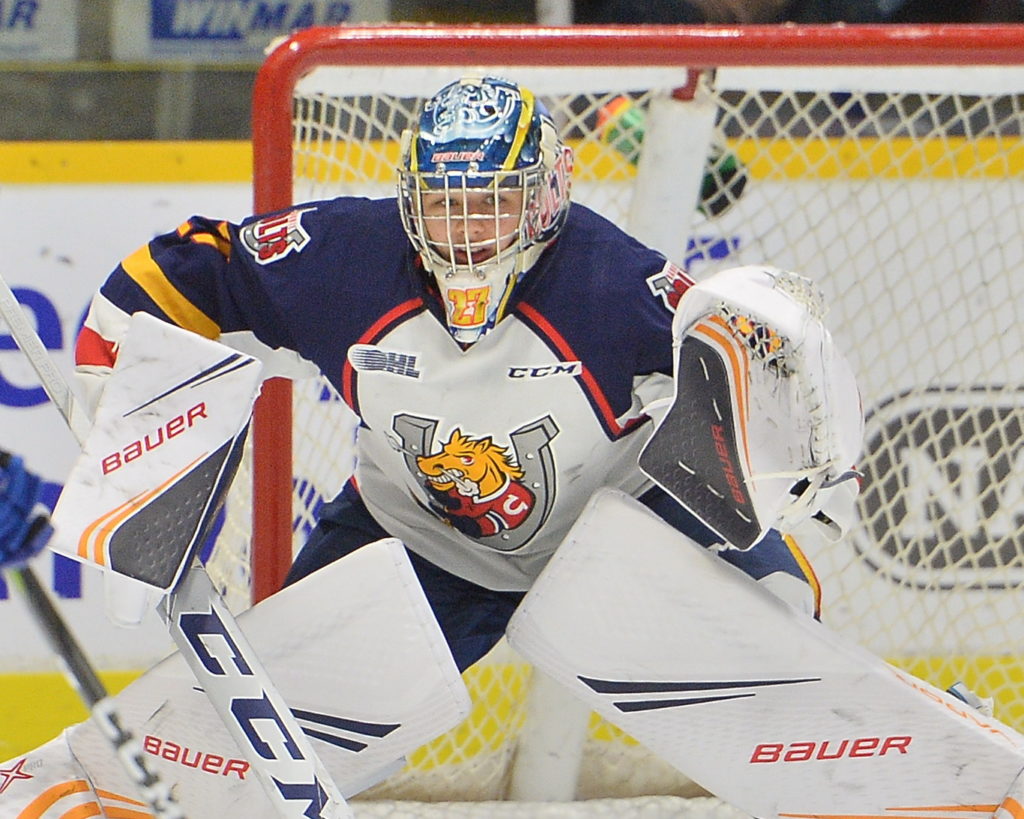 The Barrie Colts were able to shutdown the Kingston Frontenacs on Saturday night en route to a 3-1 victory.

Coming into tonight’s game, it had been a pretty successful weekend for the boys.  Picking up a point in Owen Sound, followed by a win in Peterborough, Saturday versus Kingston was a must-have victory.

Things got off to a great start.  After a face-off win in the the offensive zone, the puck came up to Tyler Tucker who fired a shot on goal that hit off the body of Peter Fleming in front and in between the legs of Marshall Frappier to open the scoring.  Riley Piercey also collected an assist on Fleming’s 4th goal of the season.

In the second period, Barrie would add to their lead.  A two on one opportunity that was sprung from deep in the Colts zone had Suzuki feed it over to Aidan Brown for his 11th of the year for the 2-0 lead.  The assist by Suzuki was his 100th career OHL point.  Also picking up an assist was Mathew Hill.

Barrie would continue with the goal a period when Ben Hawerchuk finally was able to get the puck in the back of the net after coming close twice in the second period.  Hawerchuk took a pass from Jason Willms and took a shot on net that hit a defenders stick and went into the back of the net for his 22nd of the year.

It looked as if Kai Edmonds was headed for his 3rd career shutout, but with seven seconds left the Fronts put one past him to ruin it.

Barrie will have Sunday off before heading to Hamilton on Monday afternoon for a family day affair with the Hamilton Bulldogs at 2pm.