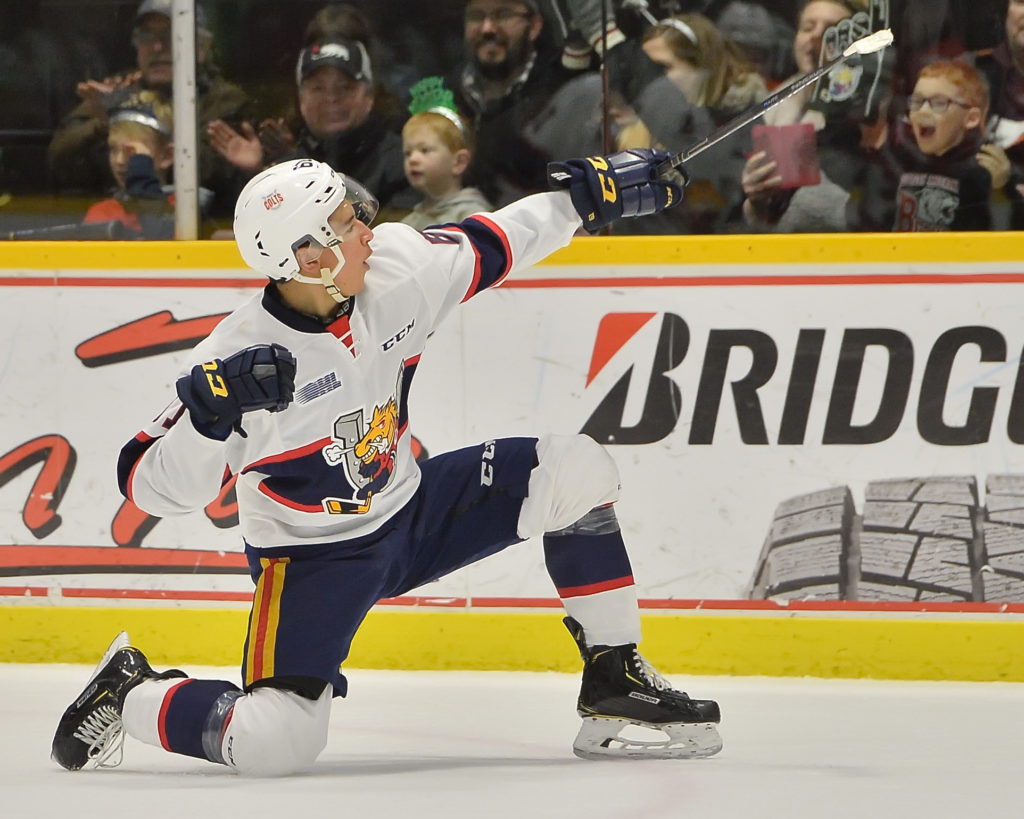 The Barrie Colts put on an offensive onslaught en route to a 5-1 victory over the Owen Sound Attack on the annual New Year’s Eve game at the Barrie Molson Centre.

It was the annual New Year’s Eve game for the Barrie Colts as they hosted the Owen Sound Attack for the second straight season.

Coming into the game the Colts had been held scoreless for seven straight periods, but that streak would end very quickly into this one.

Just forty-eight seconds into the Lucas Chiodo took advantage of a puck the alluded an Attack defender and went in on a breakaway to net the games opening tally for his 19th of the year.

The score would stay the same until the end of the first period.  With less than two minutes to play it was Ryan Suzuki pulling off a sharp toe-drag before snapping it low corner to make it 2-0.  The goal was his 10th of the season.

On a Barrie power play early in the second period it was Owen Sound finding the back of the net.  Sean Durzi intercepted a pass and took it on a partial break and blew one past Jet Greaves to cut the Barrie lead to 2-1.

The Colts would restore the lead with a great passing play that had Chiodo find Suzuki in front and he banked one off an Attack defender, off the post and in the net to give them the 3-1 lead.

In the third period it was more Barrie.  After a bouncing puck went into the Attack zone, Jacob Tortora picked the pocket of an Owen Sound defender and quickly snapped it home for his 9th of the season.  Assists went to Tyler Tucker and Ben Hawerchuk.

Late in the third period, Ben Hawerchuk would finish off a 2 on 1 with Chiodo and bank one in for his 16th goal of the season, extending the Barrie lead to 5-1.

Jet Greaves earned third star status by stopping 31 of the 32 shots he faced to collect his 2nd win of the season.

The boys will kick off their 2019 part of the schedule with a home game on Thursday vs. the Erie Otters at 7:30pm, wearing their blue jerseys at home now for the rest of the regular season.