Colts Take the Bulldogs to School in 6-3 Victory 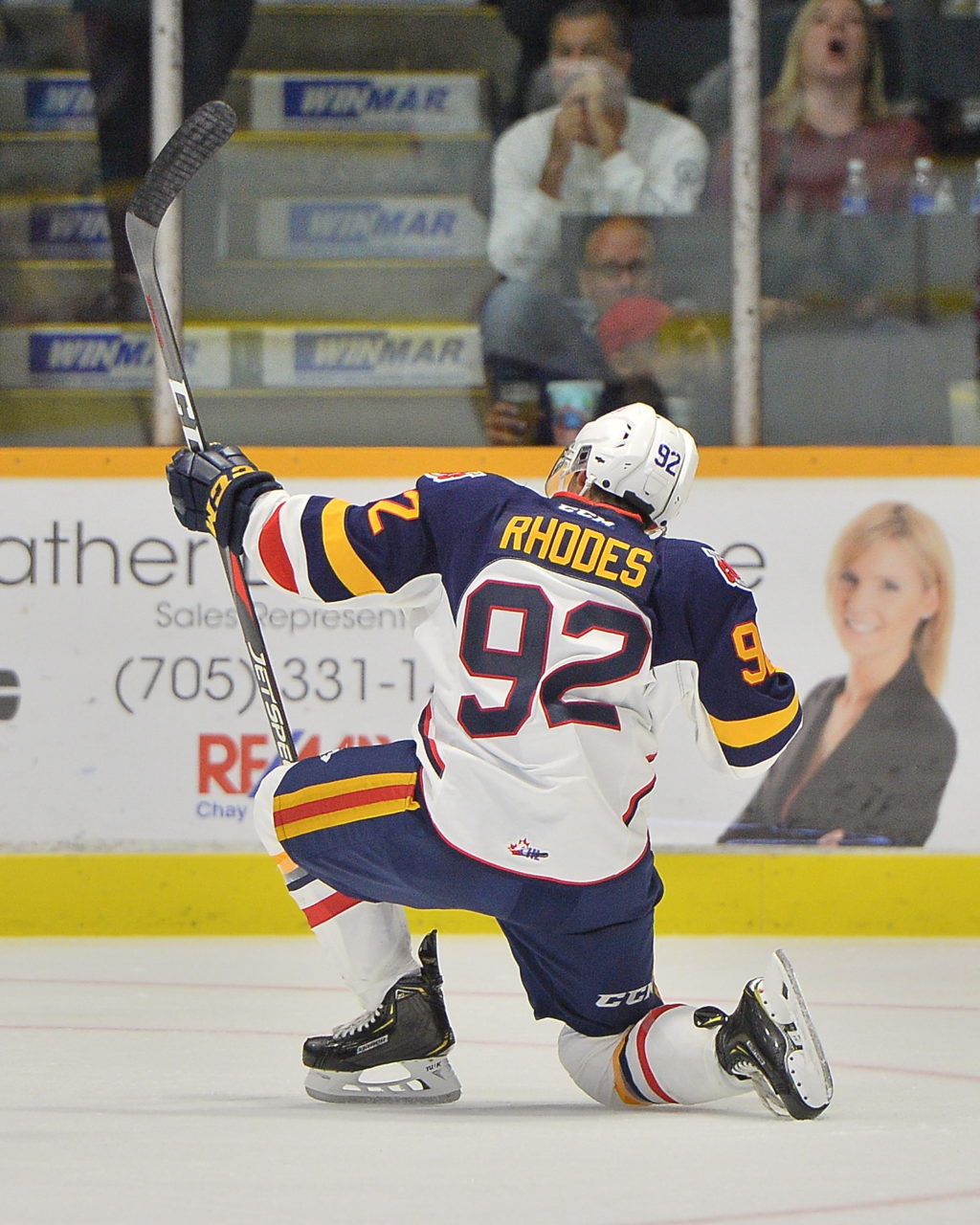 The Barrie Colts were able to hold off a comeback attempt by the Hamilton Bulldogs by a final of 6-3 on their annual school day game Wednesday morning.

It was a rare morning game for the Colts as they were in Hamilton for a 10:30am start for one of their annual school day games.

Always a loud and energetic crowd for the home Bulldogs, the Colts needed to silence them early and they did just that.

Just under 13 minutes into the game Sam Rhodes would find the back of the net for his 5th of the season.  It was a great centering pass by Luke Bignell to set him up with a beautiful backhanded goal that he put top shelf.

Less than three minutes later Aidan Brown absolutely hammered a Bulldogs forward at centre ice.  Barrie would scoop up the loose puck and move their way into the zone and it would lead to a pass from Matej Pekar that found a wide open Jason Willms in front who made no mistake for his 5th of the season.  Nathan Allensen would grab the second assist.

The second period would begin with all Barrie.  After Tyler Tucker was removed from the game by a high hit laid by Narvin Mutter, it sent the Colts to a five minute power play, followed by another minor by the Bulldogs sending them to a two man advantage.

With the extra men on the ice the Colts would strike twice.  First it was Lucas Chiodo just getting one over the line to give them the 3-0 lead.  The goal was his 14th of the year.  Followed by Rhodes putting his second of the game and 16th of the season home.

In the second half of the period the Bulldogs would finally come to play as they started firing everything on goal but Maksim Zhukov was there to answer the door.  Penalties would catch up to Barrie late in the period though as Brandon Saigeon would one-time home their first goal of the game sending things into the third period with Barrie up 4-1.

In the 3rd it was Hamilton cutting into the lead once again and it was Saigeon doing the damage again.  On the power play he slapped one into an empty net to make it 4-2.

Hamilton would keep it coming as Saigeon completed the hat-trick with just under three minutes to go in the game with the goalie pulled.

Chiodo would add his second of the game into an empty net followed by Matej Pekar to make it 6-3 for the boys in blue.

Barrie is back in action tomorrow night as they take on the North Bay Battalion at 7:30pm at the Barrie Molson Centre.