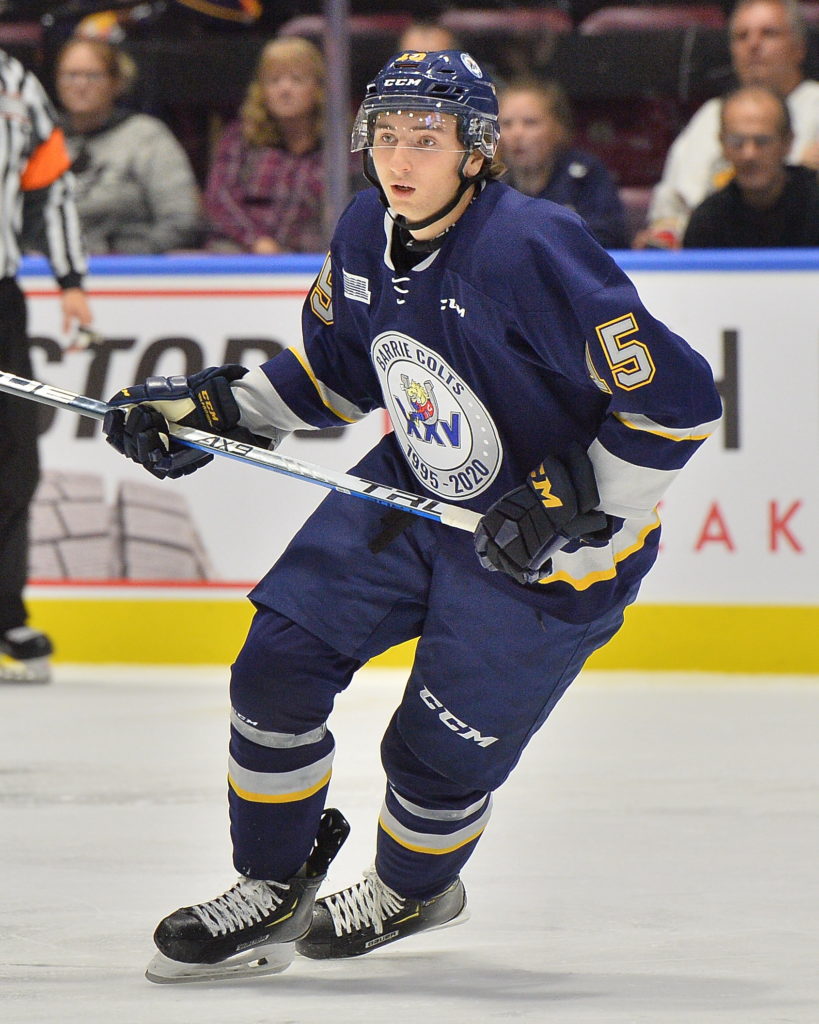 The Barrie Colts were on the road tonight to take on the Sarnia Sting. Jet Greaves got the start in goal for the Colts.

The Colts struck first in this one. Rookie Jacob Frasca notched his first OHL goal seven minutes into the game. Dalton Duhart picked up the only assist on that goal. Sarnia’s Jacob Perreault would tie the game up at one with a powerplay goal a few minutes later. Eric Hjorth and Sean Josling assisted. Less than a minute after that, it was Matej Pekar finding the back of the net with assists going to Ryan Del Monte and Sam Rhodes. The assist is Del Monte’s first OHL point. The first frame ended with the Colts leading 2-1.

In the second period it was Nathan Allensen scoring early with an assist from Luke Bignell. Two minutes later Calvin Martin scored for Sarnia, with assists from Sean Josling and Sam Bitten. After 10 minutes of back and forth action it was Sarnia again, this time Colton Kammerer unassisted, tying the game up at three. With two minutes remaining in the period it was Sam Bitten on the powerplay for Sarnia, assists to Jacob Perreault and Eric Hjorth. The Colts responded under a minute later off the stick of Aidan Brown. Jason Willms and Brandt Clarke collected the assists. The second period would end tied up at 4’s.

With three minutes left in the third period, Matej Pekar struck again for the Colts to put them up by one. Chris Cameron and Matthew Hill assisted. Allensen would add an empty netter and the Colts would hang on to win by a score of 6-4.

The Colts are back in action tomorrow night against the Windsor Spitfires.