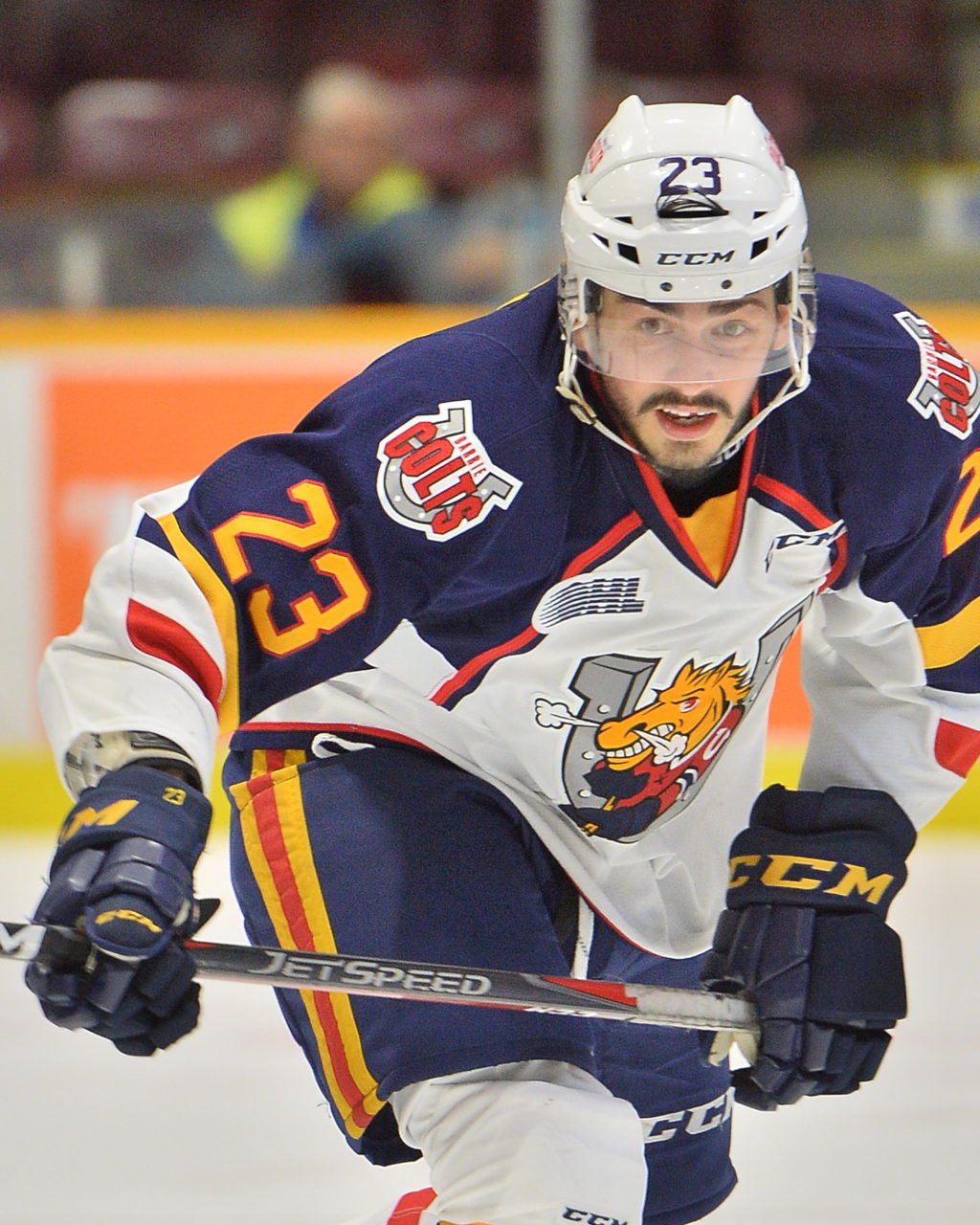 Aidan Brown scored the go ahead goal midway through the 3rd period en route to Barrie’s 4-2 win over the Mississauga Steelheads Thursday night.

In the first period Barrie would be put on a five minute power play after Ben Hawerchuk took a check to the head.  Unfortunately for the Colts they were unable to execute anything on the advantage leaving the game scoreless.  As for the Steelheads, they were able to get a late marker to put them in front 1-0 after twenty minutes of play.  It was a power play goal by Cole Carter that got the scoring started.

In the second, it was Barrie’s newcomer continuing to find the net.  After taking a pass just inside the Mississauga zone from Lucas Chiodo, Jacob Tortora sent a laser to the top corner for his 4th in as many games since becoming a Colt.  Joey Keane also collected an assist on the play.

In the second period it was the fish taking the lead back.  After a shot on Kai Edmonds gave out a rebound, the Colts net minder reached for it, but before he could get on it, Michael Little poked it behind him for the 2-1 lead.

Before the period would end, it was Tortora once again, lighting the lamp with a similar goal to his first one beating Ingham over the blocker hand to tie the game at 2.  Chiodo and Keane tallied the assists once again.

Barrie would take their first lead of the game on a goal by Aidan Brown who hammered home a rebound for his 6th of the season.  Chris Cameron collected the lone assist.

They would extend that lead to two on a milestone moment by Tortora who collected his first career hat-trick picking up his 6th of the year by giving Barrie the 4-2 lead.  Chiodo drew the lone assist.

Mississauga wasn’t able to answer back and the Colts took this one 4-2.

Barrie is back in action on Saturday night as they head to Owen Sound to take on the Attack.