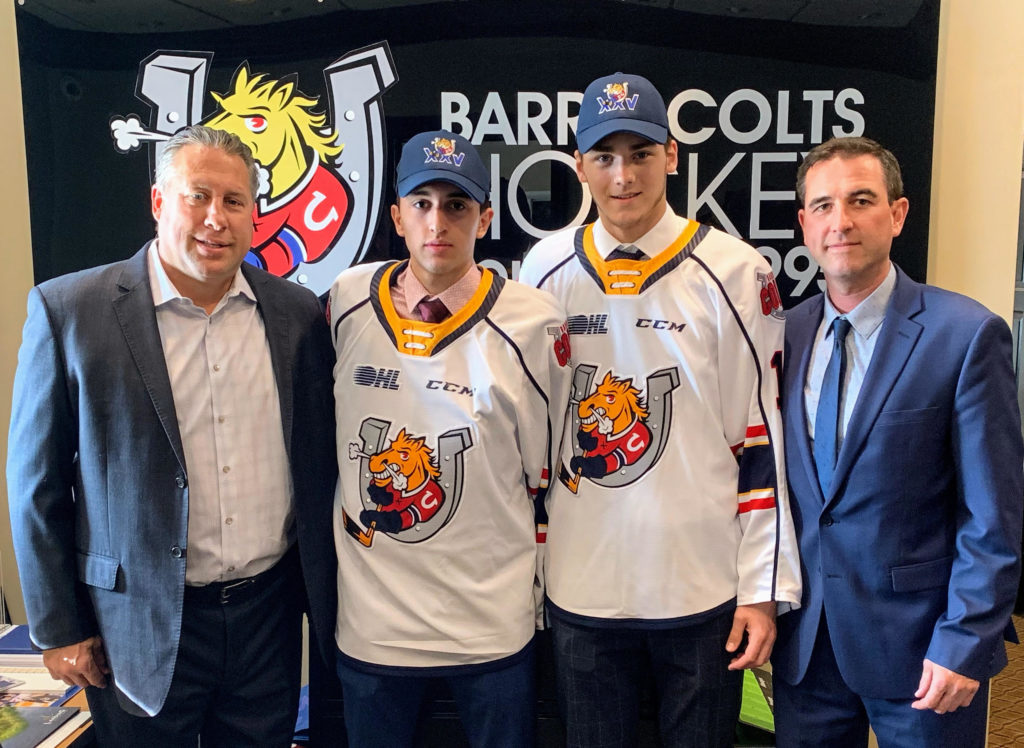 Goaltender Matteo Lalama is 17 years old and played last season with the Niagara North Stars midgets. Lalama started this season with the Collingwood Colts in the OJHL and is off to a 2-0 start. He currently holds a .909 save percentage and a 2.50 goals against average with Collingwood. The native of St. Catharines was selected in the first round of the 2019 OHL U18 Priority Selection.

Also signing is 6’4 forward Vladislav Dvurechenskii. The 16-year-old spent last season with the North York Rangers minor midgets. The Toronto native was drafted in the fifth round of the 2019 OHL Priority Selection.

Dvurechenskii will be making his debut for the Colts tonight while Lalama will be backing up in net for tonight’s pre-season game against the Niagara IceDogs.

“The Barrie Colts welcome Matteo and Vladislav to the family. We are very happy they committed to Ontario Hockey League contracts, and we are looking forward to seeing them get into their first game action this weekend” said Barrie Colts General Manager, Jason Ford.

“Matteo is a competitive goalie that is really improving as he gets older, stronger and sees more higher caliber shots. He had an excellent training camp and we are excited to add him to our goaltending depth. Vlad is a powerful kid for his age. He skates well, has pretty good hands and a strong shot. For a player his size, he has a lot of good attributes that will help him become an impact player along the way.”