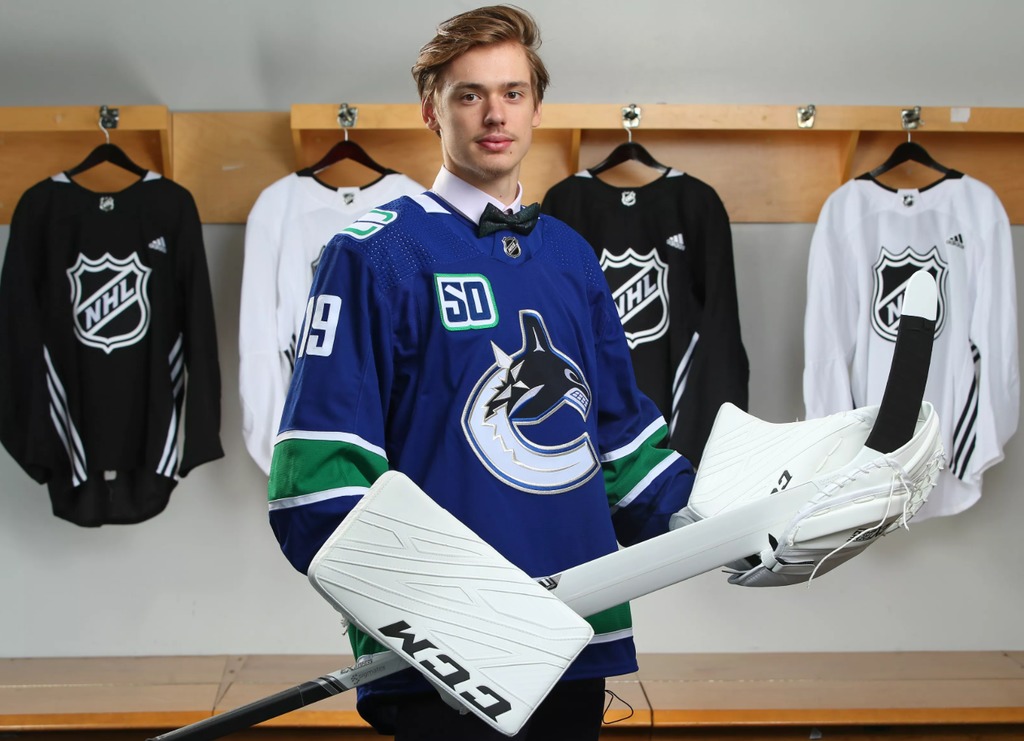 Arturs Silovs is 18 years old and played last season with HS Riga in Latvia. The Latvian native was drafted in the 6th round to the Vancouver Canucks in the 2019 NHL draft, and has since signed an NHL entry level contract with the club. Silovs was drafted to the Colts in the first round, 11th overall in the 2019 CHL import draft.

Silovs made his debut for the Colts Saturday night in the home opening game against the London Knights. He made 37 saves on 39 shots, giving him a .949 save percentage in the game, good enough to earn him second star honours that night.

Jason Ford said, “The Barrie Colts are very happy to welcome Arturs to the family. Arturs is a bona fide pro prospect that is really eager to hone his skills here in North America. We think that him and Jet Greaves together is an extremely solid tandem.”

The Barrie Colts are back home on Thursday night as they host the Owen Sound Attack.