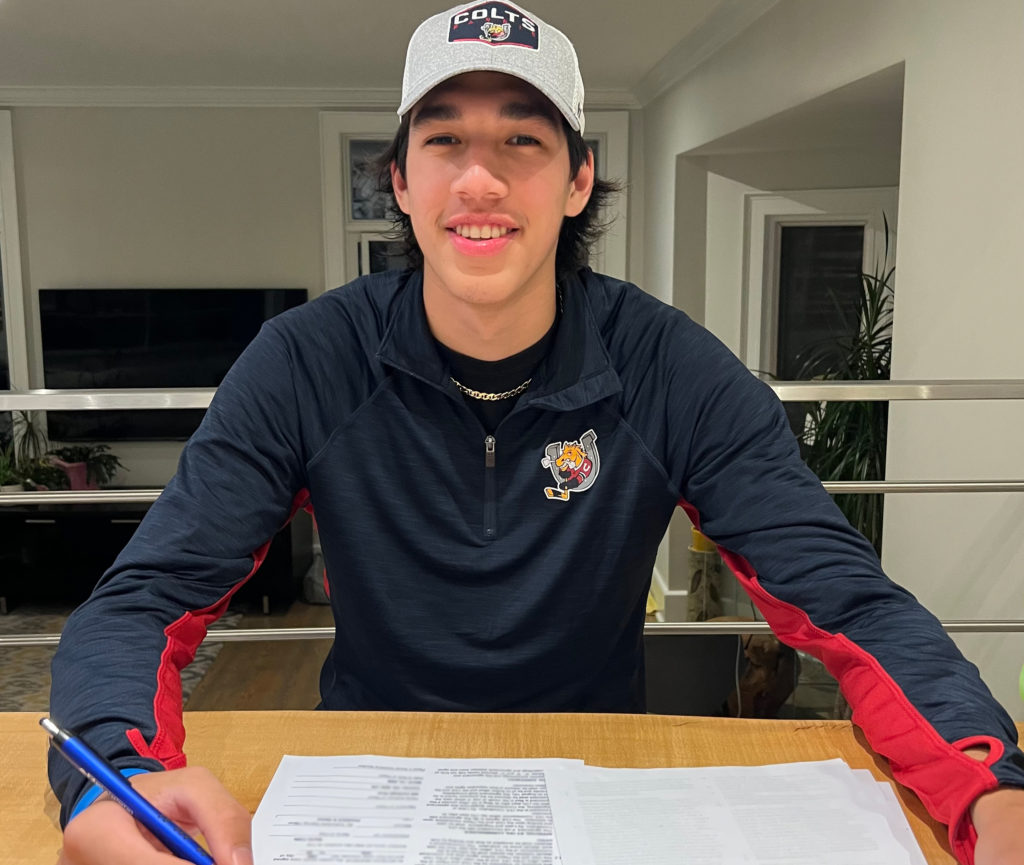 The Barrie Colts are pleased to announce the signing of the 2022 Second Round Selection, Carter Lowe!

The 6.02 184lb forward registered 50 points (23 Goals, 27 Assists) in 46 games for the U16 Toronto Marlies (GTHL), finishing second on his team in points. Lowe appeared in three playoff games for the St. Michael Buzzers (OJHL) putting up one goal. This past July, he participated in Hockey Canada’s U17 Camp where he compiled two goals & one assist across four games for Team Black.

“We’re excited to officially add Carter to our team for this upcoming season. He’s a big kid already who showed he can put up points last season in the GTHL. There’s a lot to like with his game and our coaching staff is looking forward to helping him continue in his development.” Commented Head Coach & GM, Marty Williamson.