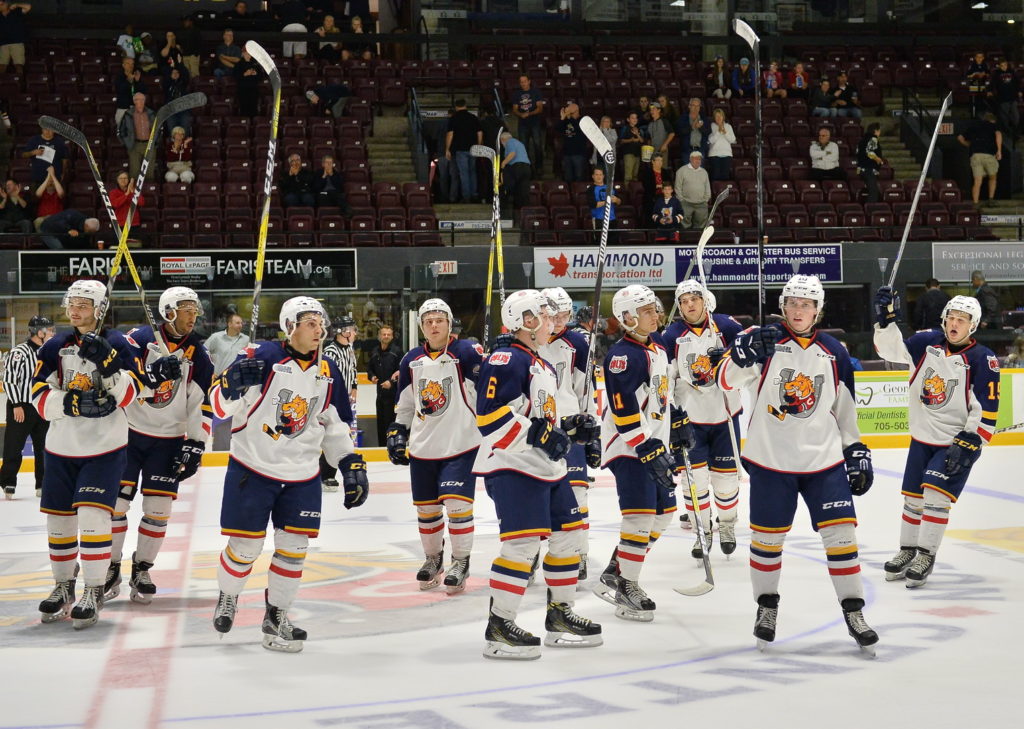 For the last game of the 2016 pre-season, the Colts took on a familiar foe in the Sudbury Wolves. Last season the Colts swept the season series, but both teams have plenty of new faces in their line-ups this season.

Both teams had their chances in the first frame, but David Ovsjannikov for the Colts and Zach Bowman for the Wolves each stood strong and kept it a scoreless tie. The Wolves outshot the Colts 9-8 through the first 20 minutes.

The Colts had a great chance in the second period as they were about to kill of a penalty nearly four minutes into the game as Curtis Douglas got the puck on net, got the rebound, then fired it back on goal to a shuffling Bowman. Bowman was able to recover and find the puck in his feet, freezing the puck.

Then, less than two minutes later, Lucas Chiodo and Kirill Nizhnikov had another chance for the Colts when they played tic-tac-toe with each other. Chiodo fed Nizhnikov in the slot for his shot, but it was fired inches over the crossbar.

With only 1:13 left in the second period, the Colts would take a 10 lead when Lucas Chiodo put home his first of the pre-season. Justin Murray and Jason Willms were credited with the helpers on the Colts go-ahead goal.

The second period would end with the Colts outshooting the Wolves 12-11.

In the first half of the third period, the Colts had another great chance when Kyle Heitzner made a slick pass to Anthony Stefano on the penalty kill. But, Bowman flashed the glove making a great save, denying the Colts of any chance of extending their lead.

However, the Colts would make good on another chance before the halfway mark of the third period. At 13:44, Cordell James would net his third goal of the pre-season when he put home a great passing play from Roy Radke and Lucas Chiodo, making it 2-0.

The Colts would hold on to the shutout, giving Ovsjannikov his first shutout of the pre-season. The final shots of the night would be 28-28.

The Colts kick of the regular season on the road in Kingston on September 23rd against the Frontenacs, and face the Ottawa 67’s on the 25th. They return back home on October 1st to take on the defending memorial cup champion. For tickets, please click here.