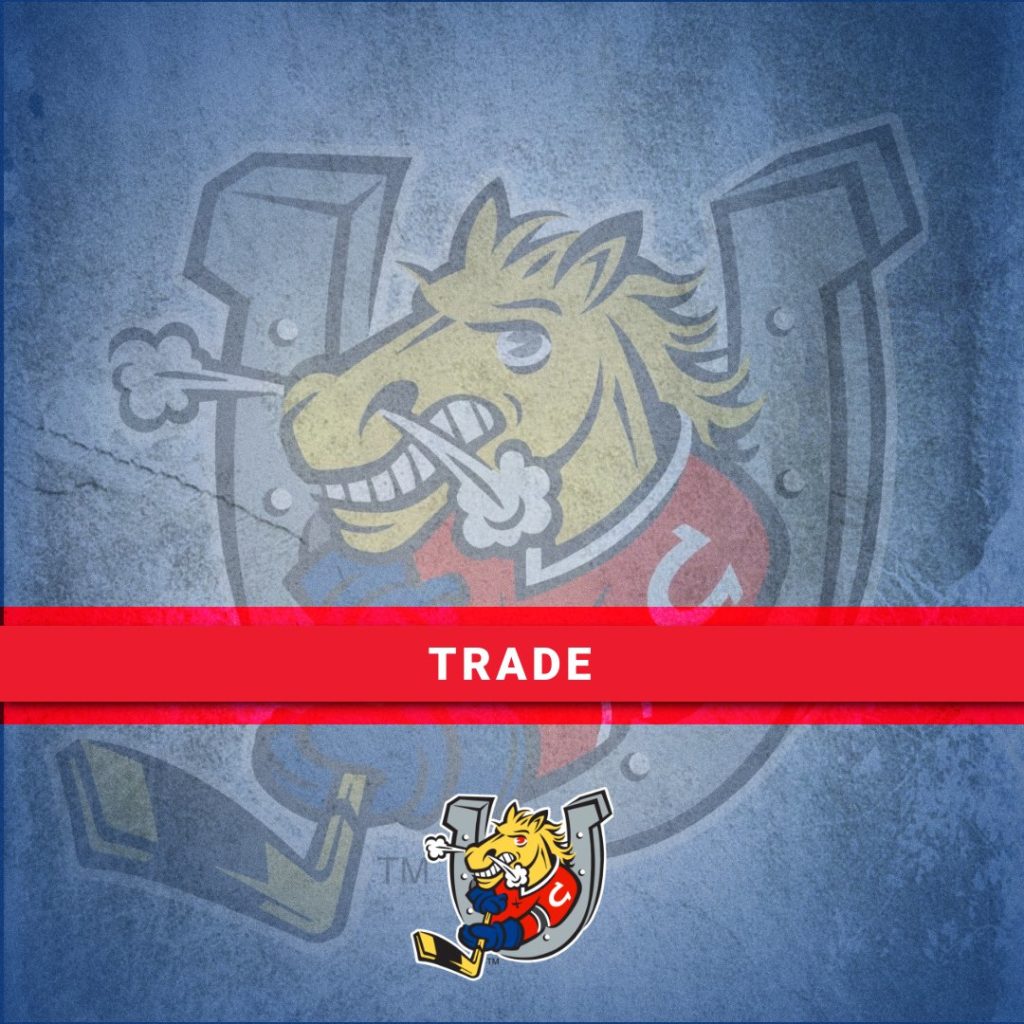 Barrie, ON– Barrie Colts General Manager & Head Scout Jason Ford announced today that they have completed a three-way trade with the Saginaw Spirit and Kitchener Rangers.

The Barrie Colts are sending captain Justin Murray to the Saginaw Spirit for forward Ryan Stepien and a 5thround pick in 2020 (BAR).  The Colts then send Stepien to the Kitchener Rangers for defenseman Jack York.

Murray, was in his 4thseason as a Barrie Colt and serving in his second year as captain of the club.  In his 4 years with Barrie, the London, ON native has played in 221 games and collected 85 points in his time.

“It’s never easy saying goodbye to any player, let alone your captain, but the Barrie Colts would like to thank Justin for his hard work on and dedication on and off the ice.  He was a leader in the dressing room and a leader outside of the dressing room.  A kid that was always willing to give his time to the Barrie community. He made Barrie his second home and we would like to wish Justin all the best as he heads to Saginaw to finish off his OHL career” said Barrie Colts General Manager, Jason Ford.

In return, the Colts will be acquiring defenseman Jack York from the Kitchener Rangers.  York is a 5thround pick of the Rangers in the 2016 OHL Priority Selection draft.  He’s in his second season in the OHL and has collected 21 points in 85 career games with the Rangers.

The Saginaw Spirit’s first and only time to the Barrie Molson Centre isn’t until February 21st, where the Colts will welcome back their former captain for the first time.

The Colts will be back in action later this afternoon as they finish off the road trip in Sault Ste. Marie at 2pm.