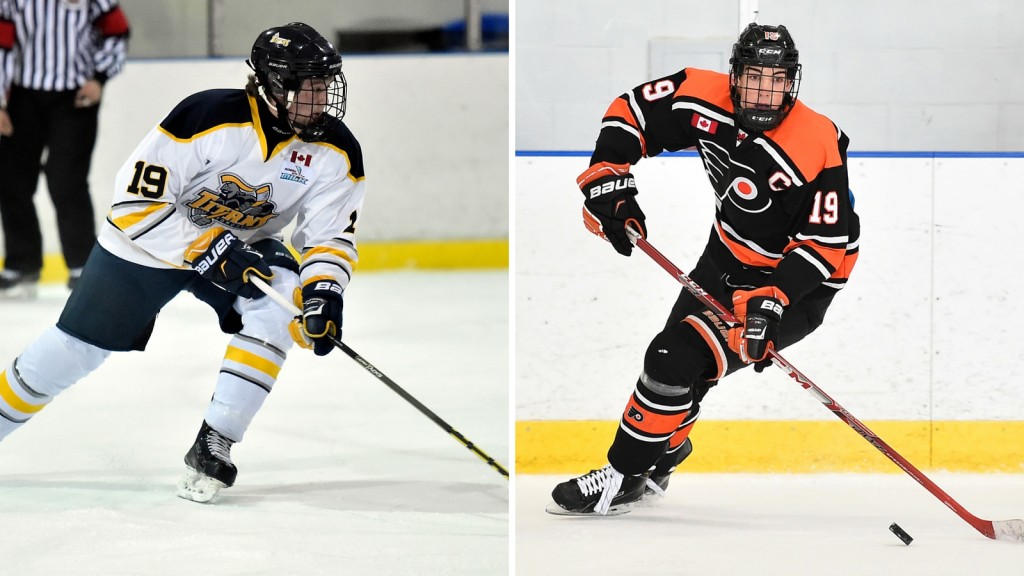 The Barrie Colts are proud to announce today that they have selected defenceman Tyler Tucker in the first round, 14th overall & centreman Jack McBain 20th overall in the 2016 OHL Priority Selection, presented by State Farm.

Tucker, 16, played for the Toronto Titans this past season registering 6 goals, 12 assists for 18th points in 39 games played. The 6 foot, 201-pound defenceman from Longlac, Ontario adds a physical element to the Barrie Colts defensive depth.

“We are really pleased to get two high caliber players like this in the first round,” said Head Scout and General Manager Jason Ford. “Tyler is an all around defenceman who brings an element of skill, toughness, puck moving ability and size to the organization.”

“Jack is a big skilled competitive kid with excellent hockey sense and all the tools to be a star in the Ontario Hockey League,” added Ford.

The 6 foot 2, 182 pound centre is the son of former NHLer Andrew McBain who was drafted by the Winnipeg Jets in 1983 in the 1st round, 8th overall. His father skated in over 600 NHL games with stops in Winnipeg, Pittsburgh, Vancouver & Ottawa. McBain is also a former teammate of Barrie Colts Head Coach Dale Hawerchuk.