Colts Remain Winless on Road Trip After Loss to Spitfires 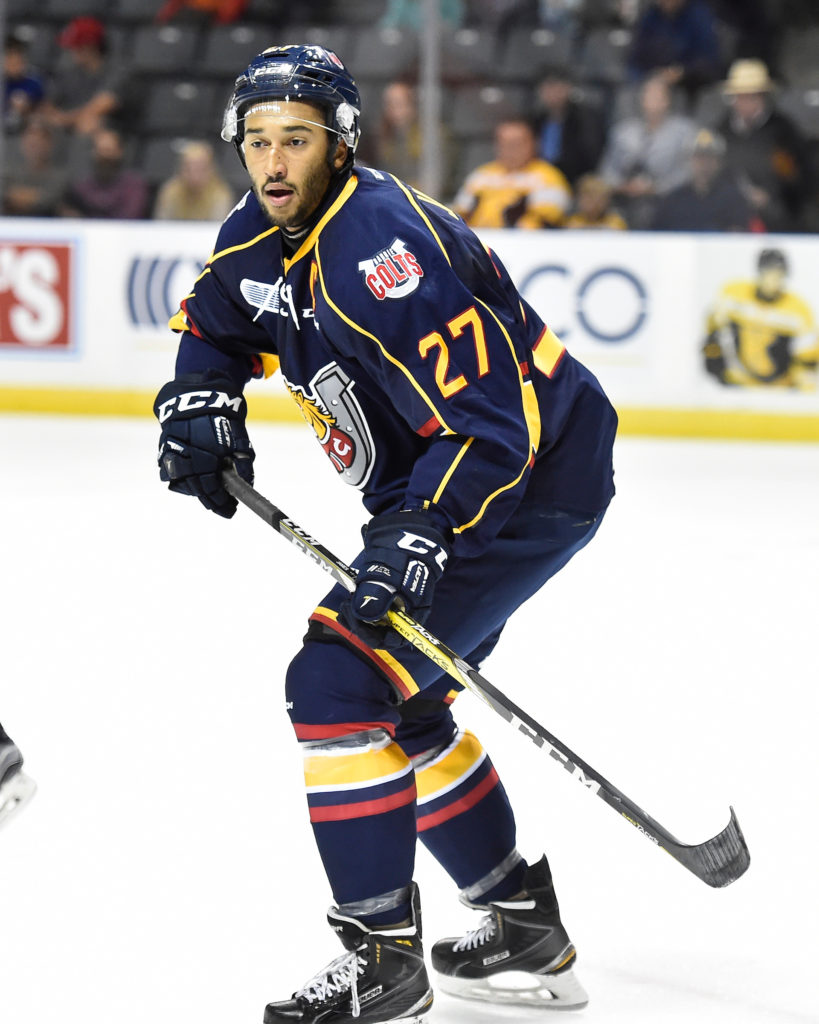 Sean Day was granted exceptional player status back in 2013, but on Sunday his goal five minutes into the second period would cap a streak of four-straight Windsor Spitfire goals as they doubled up on the Barrie Colts 6-3 Sunday afternoon.

Day was acquired by the Spitfires midway through October, who were looking to boost their Memorial Cup hopes when the tournament rolls around to southern Ontario in May 2017.

A three-goal first period put the Colts on the ropes early, with 2017 NHL prospect Gabe Vilardi recording two assists. To complicate matters, the Spitfires haven’t lost a game this season when they’ve scored three or more goals in a game.

In hopes of sparking his club, Dale Hawerchuk brought in David Ovsjannikov to replace Christian Propp for the second period. Propp, who started the second game of a back-to-back after making 47 saves last night in Saginaw, couldn’t help but watch as his teammates fell victim to the Spitfires fourth-ranked penalty kill during the middle frame.

Just as captain Cordell James raced around the boards in the Spitfire zone and had his shot deflect off Kirill Nizhnikov’s skate to make the score 4-1, the Spitfires responded quickly with the man advantage a minute later.

What may be a candidate for goal of the year thus far, the Spitfires Julius Nattinen scored on a shorthanded breakaway after he went in-between his legs to make it 6-1. The Colts ensured they wouldn’t roll over.

Giordano Finoro scored his third goal of the season with less than five minutes to go to make it 6-2, while Matt Brassard would add another one – his fourth of the year – moments later to make it 6-3.

The Colts wrap up their four-game road trip Friday against the Niagara Ice Dogs at 7:00p.m.