Colts Outlast Dogs in an 11 Round Shootout Thriller 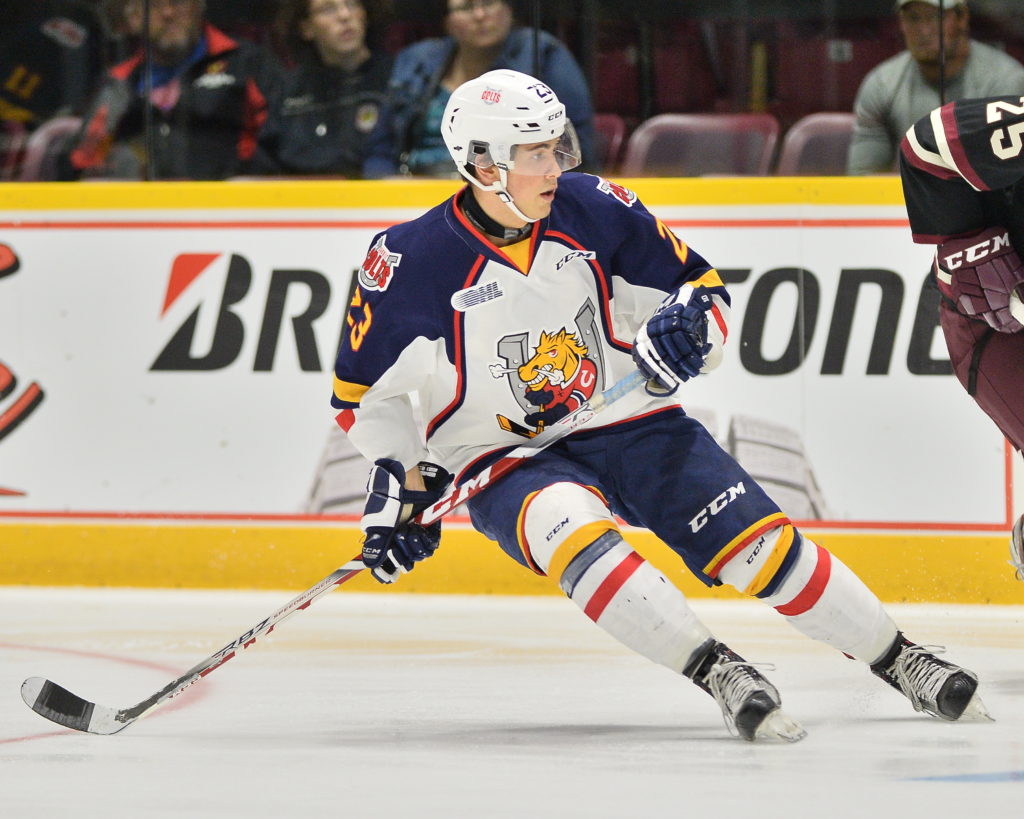 The Colts’ fight back to win an 11 round overtime thriller in Niagara.

Through the first ten rounds of the shootout there was no scoring as Christian Propp and Stephen Dhillon were the story for their respective teams.

In the 11th round of the shootout coach Hawerchuk turned to Aidan Brown who rattled the mesh to give Barrie the lead. Propp did the rest down his end to carry the boys home with a big 3-2 shootout victory.

The boys were back in action tonight against the Ice Dogs after making a snowing trip south to Niagara.

Barrie came into this game fresh off a loss to Mississauga a night ago where they saw a lead slip away.

The scoring would get started midway through the first period when Colts’ rookie defenseman Tyler Tucker coughed up the puck to Oliver Castleman. He took the turnover the other way and made a move on Propp before potting the backhander for his 14th of the season to open up the scoring.

Both teams would trade some chances in the frame but it would end with the Dogs in the lead.

In the second it was more of the same as both teams had some good opportunities but very limited in quality opportunities to continue the scoring.

On a Niagara power play midway through the frame they were throwing everything towards the Barrie goal, but Propp was there to answer the door keeping it at a one goal lead.

With two minutes remaining in period Curtis Douglas would create an opportunity for himself as he stepped out front but could jam it past Stephen Dhillon to open up the scoring for Barrie.

The score would remain the same after two period of play. One positive is that Barrie would be outshooting Niagara 29-19 after forty minutes of play.

Early in the third Niagara was given a power play where they would look to capitalize, but once again Propp was there to keep the score the same.

Midway through the period Barrie would find their way on the scoreboard. Roy Radke would snap one home over the shoulder of Dhillon. The goal was his 13th of the season. Zach Magwood would pick up the lone assist on the tying goal.

Minutes later Barrie would strike again. Off a Kade Landry point shot, Jason Willms jumped on the rebound and buried his 11th of the season to give the Colts their first lead of the hockey game.

Just as it looked like Barrie was going to steal a victory on Niagara’s home ice Johnny Corneil struck with his 24th of the season with just over two minutes remaining in the period sending this one to overtime.

Best chances in overtime came from Niagara but Propp was able to stand tall once again sending this one to a shootout.

The boys will finish off the weekend tomorrow night back at home as they welcome in the Peterborough Petes. 7:30pm start at the Barrie Molson Centre.