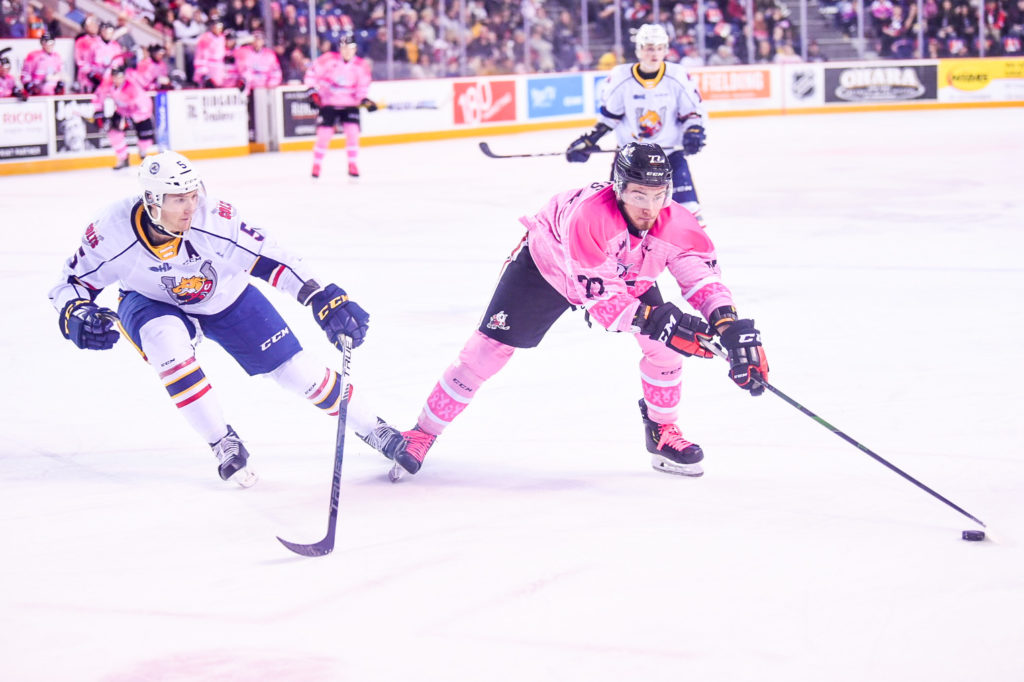 Jet Greaves got the start in goal for Barrie.

It was an offensive explosion for the Colts in the first period. First, it was Evan Vierling getting tapping in a rebound from a Luke Bignell shot. Victor Hadfield got the second assist. After that it was Hadfield finishing off a pretty passing play with a back-door tap in. Brandt Clarke and Jacob Frasca assisted. The Colts kept up the pressure, and shortly after Tyson Foerster scored on a hard wrist shot, top shelf over the blocker of Andrew MacLean. Luke Bignell and Evan Vierling got the assists. Then, it was Jacob Frasca scoring on a sharp angle shot to make it 4-0. Anthony Tabak and Brandt Clarke assisted. Late in the first, on the powerplay, it was Tyson Foerster again to make it 5-0. Brandt Clarke and Aidan Brown assisted.

Christian Sbaraglia began the second period in net for the IceDogs, after MacLean gave up five goals on 18 shots. The Colts kept the pressure on throughout the frame, and eventually it was Ethan Cardwell capitalizing on the powerplay. Clarke and Vierling got the assists. Late in the period, the IceDogs got one back, courtesy Cameron Snow, making it 6-1.

The Colts didn’t waste any time in the third period with Aidan Brown scoring just 25 seconds in. Cardwell and Mathew Hill got the assists. Lucas Theriault responded for Niagara, reducing the IceDogs deficit to five. Shortly after, it was Mathew Hill scoring on a hard slapshot from the point, making it 8-2.

The Colts are back in action tomorrow night against the Kingston Frontenacs.