Colts Lose in Hard Fought Battle Against the Wolves 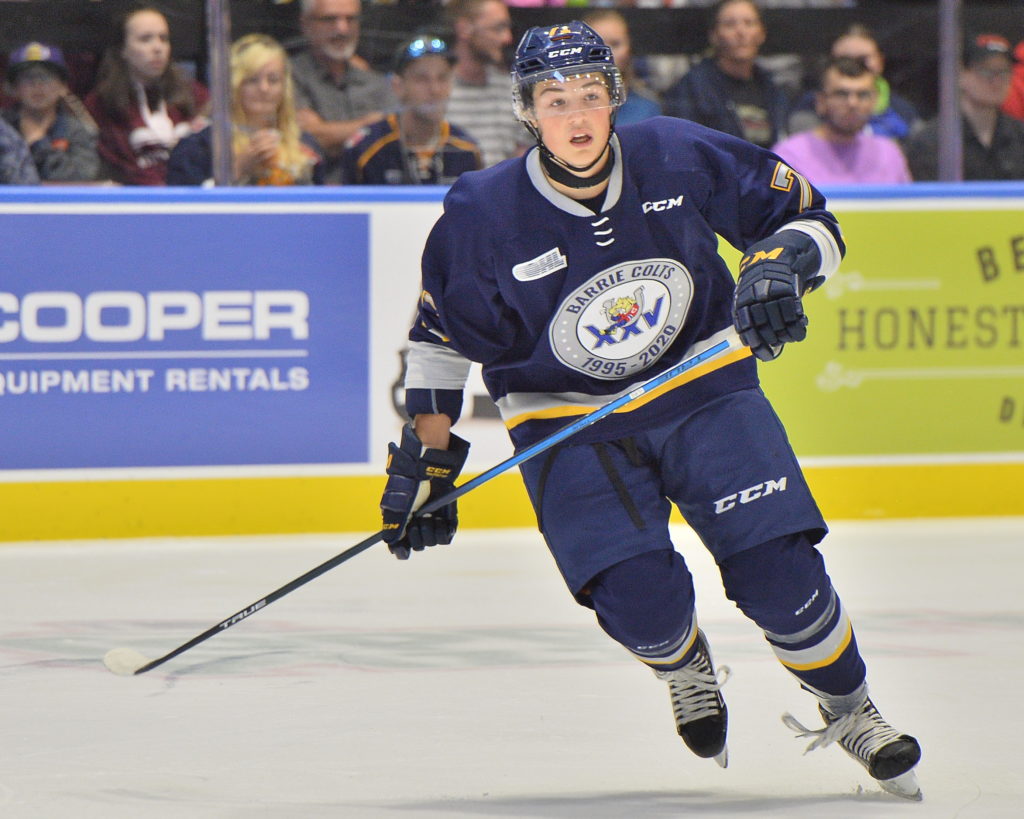 The Barrie Colts were on the road tonight against the Sudbury Wolves. The Colts were looking to bounce back after a loss last night to the Sarnia Sting.

In the first period it was top NHL draft prospect, Quinton Byfield, scoring first for the Wolves on a hard wrist shot from the slot. David Levin and Kosta Manikis added assists on the game’s opening goal. With 17 seconds left in the frame it was Byfield again, scoring on a rebound shot. Manikis and Levin assisted on the goal, ending the period with a 2-0 lead.

In the second period it was Tyler Tucker scoring on a point shot to bring the Colts back within one. Tyson Foerster and Luke Bignell picked up the helpers on Tucker’s second in as many nights. Shortly after that, Foerster would bury one off a great cross-crease pass from Ryan Suzuki to tie the game up at 2. Matej Pekar collected the second assist on the goal.

With the Colts down on a 5 on 3 penalty kill, the Wolves capitalized to take the lead. It was Kosta Manikis scoring his first OHL goal on a deflection from Levin, with Byfield getting the second assist. The Colts would pull their goalie in the dying moments of the third and had lots of pressure, but it was Shane Bulitka going the other way and scoring for the Wolves to put this game out of reach Byfield and Levin both picked up assists on the empty netter.

The Wolves would hang on to win by a score of 4-2.

The Barrie Colts are back in action tomorrow night against the Soo Greyhounds in the third game in three nights.