Colts Let One Slip Away in Sudbury 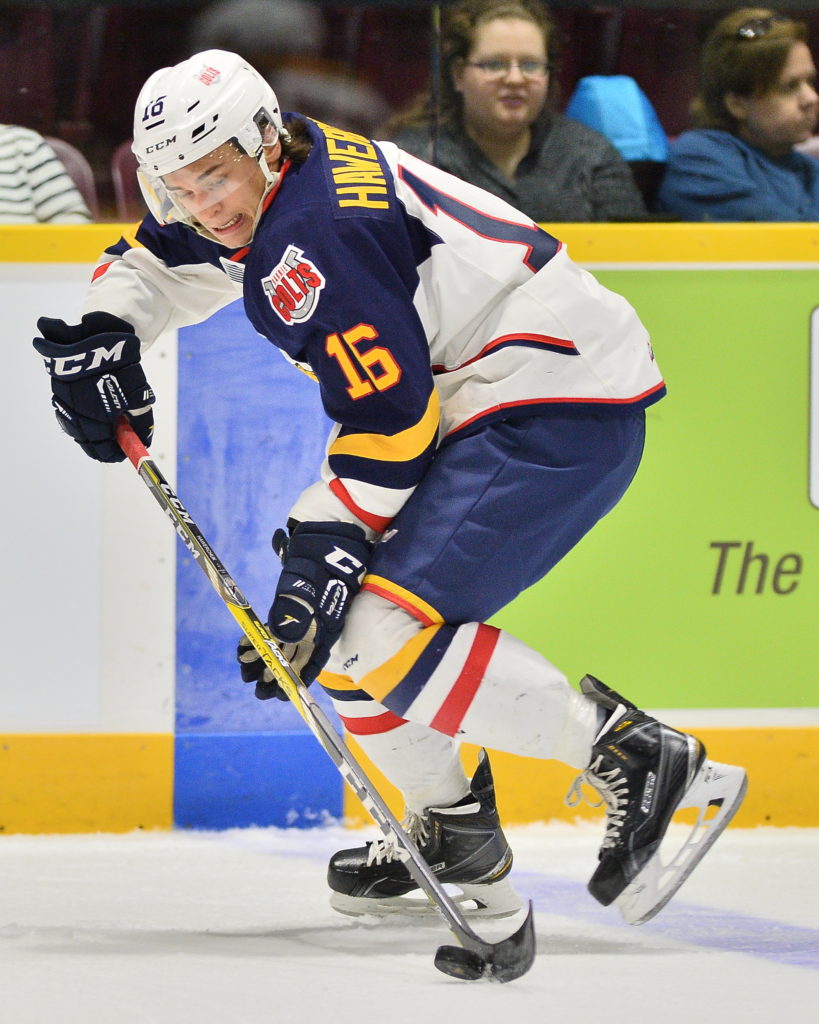 A three goal second period by the Sudbury Wolves erased a two goal deficit on route to a 6–5 victory for the Wolves and six of the seven wins versus Barrie on the season.

With Barrie holding a 3-1 lead after twenty minutes of play it was a dominant second frame for Dave Matsos’ Sudbury club. A period in which they outshot the Colts 21-4 got started early on.

Liam Dunda found some room to step into the slot and snapped one home past Ruan Badenhorst to cut the lead to one.

Sudbury would finally find a way to tie the game. Macauley Carson would knock home the tying goal after a point shot from Patrick Sanvido was stopped by Badenhorst forcing Carson to hit the puck out of mid air and into the back of the net.

The Wolves would then find themselves in the lead for the first time in the game. After a cross-ice pass by Ryan Valentini was knocked away by a Colts defenseman, it went right to Sokolov who stepped into one and blasted it past Badenhorst to give Sudbury the 4-3 lead after forty minutes of play.

Barrie came into this one wanting to put Thursday nights contest against the Hamilton Bulldogs in their rear-view mirror, but knew it was going to be tough against an opponent in the Wolves who have had their number all season long.

The first period served to be their best on this night. Just before the six minute mark Barrie would get the scoring started. Kyle Heitzner would net his fifth goal of the season after a great break into the Sudbury zone. The puck was moved to Jaden Peca who made a nice spin-o-rama pass over to Heitzner who absolutely buried the biscuit breaking the scoreless tie.

Less than a minute later on an offensive face-off, Barrie would extend their lead to two. Ben Hawerchuk won the face-off right back to Tyler Tucker on the point who snapped one towards the goal and was tipped by Hawerchuk for his 11th of the season.

The two goal lead wouldn’t last long as Aidan Jamieson would cut the lead in half. Liam Dunda would move the puck into the Barrie zone to Chandler Yakimowicz who sauced a pass in front of the Barrie net which was then tipped by Jamieson past Badenhorst to bring the score to 2-1.

The Wolves looked like they were about to tie it but the hockey gods were on Barrie’s side for this play. First shot after the pass went cross ice went off the post. That bounced right out front and they had another great opportunity but Badenhorst came across and absolutely robbed them from tying the game.

Once again Badenhorst had the hockey gods on his side as Dmitry Sokolov made a nice move out front and had his first shot stopped and then the second going off the post to keep the score as it was.

After those two close calls for the Wolves, it was Barrie who would strike next. On a penalty kill Anthony Stefano would find himself on a breakaway as he went five hole on Jake McGrath to bring the lead to 3-1 for the Colts. The lone assist went to Hawerhuck on the play who laid in a nice pass for Stefano leading him to a breakaway.

Sudbury would waste no time extending their lead early in the third period as Sokolov struck again netting his second of the game and forty-second of the season to give them a 5-3 lead.

The Colts would cut into the lead on a beautiful play in the Sudbury zone. Zach Magwood dropped a puck for a pinching Kade Landry who slid the puck cross-crease over to Jason Willms who buried his 13th into a gaping cage to make it 5-4.

Sudbury didn’t waste much time to restore their two goal lead as Owen Lalonde hammered one from the point past Badenhorst to make it 6-4. It was his first career OHL goal and a big one for Sudbury to lend them some insurance. Jamieson and David Levin assisted his milestone marker.

Barrie would make this one interesting as Hawerchuk struck again for the Colts. He was given the puck right at the top of the circles and slammed it home past McGrath for his 12th of the season and second of the game. That is as close as the Colts would get as they drop this one 6-5.

Barrie will look to get back in the win column as they play host to the Erie Otters tomorrow night in Barrie. It’s going to be tough as the Otters come in as the top team in the OHL.