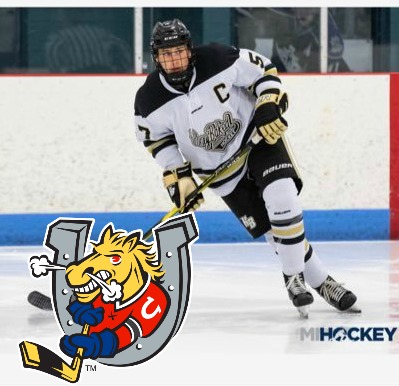 Sredl, 16, was playing with the Honeybaked 16U team where he has put up great numbers so far this year.  The right handed shooting defenseman has tallied 10 goals and 34 assist in 46 games thus far.

The Raleigh, North Carolina native was drafted by the Colts in this past OHL Priority Selection Draft in the 12th round (236thoverall).

“The Barrie Colts family welcomes right-shot defenceman Matthew Sredl to the line-up.   We are very excited about this young prospect; who we classify as a modern-day defenseman.   Matthew brings good size, mobility, hockey sense, toughness, and has the ability to be effective at both the offensive and defensive ends.”

Sredl will join the Colts this week and be wearing #18 this season.

Barrie is back in action on Thursday, January 17th as they play host to the London Knights at 7:30pm.