Colts Hang on to Beat the Frontenacs 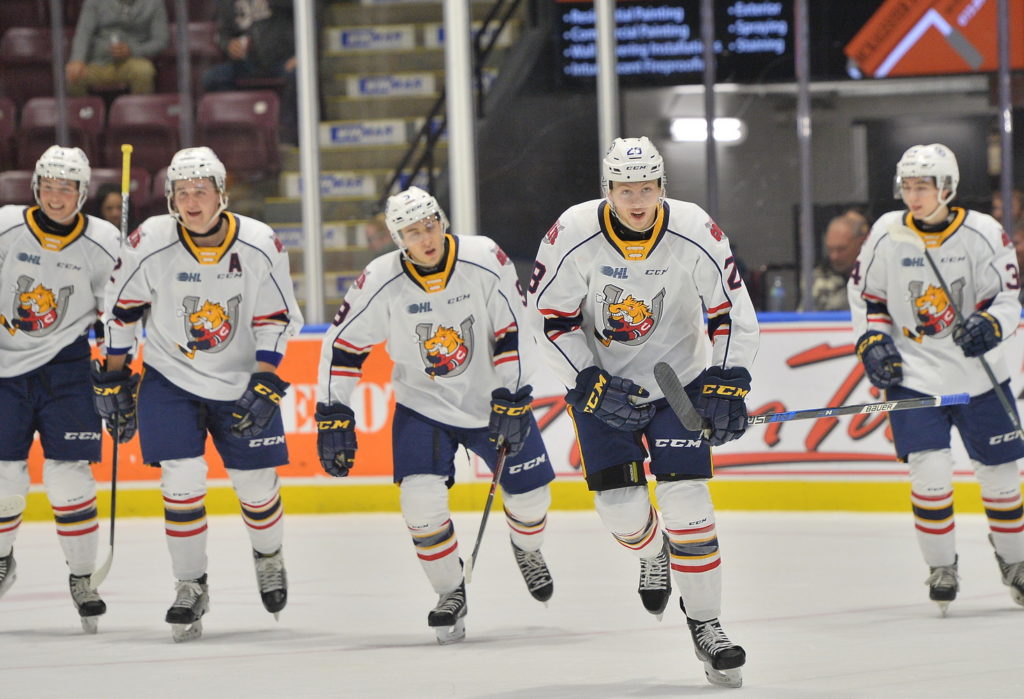 The Barrie Colts hosted the Kingston Frontenacs tonight at home. The Colts headed into the game with a 4-1-0-1 record and the Frontenacs came in 1-4-1-1 record, picking up their first win last night against Niagara.

In the opening period it was the Colts captain Jason Willms who found the back of the net first. Willms scored five-hole on the powerplay with Ryan Suzuki and Tyler Tucker collecting the assists. This was Tucker’s first game back in the lineup after serving his 3-game suspension. Riley Piercey struck next for the Colts banging one home in tight for his second of the season. Tucker and Jack York got the assists on the goal. The first period ended with the Colts up 2-0.

The Colts kept up the pressure in the second period scoring just three minutes into the frame courtesy of Jack York on a seeing-eye shot from the point, unassisted. Kingston answered shortly after with Zayde Wisdom scoring on a nice cross-crease move. Aidan Brown got the next goal on a great shot from the slot putting the Colts up by three. Willms and Tucker assisted on the goal. Two minutes later it was Brown again, banging in a rebound with Willms getting another assist and Matej Pekar earning the second assist. After that it was Jordan Frasca, brother of Colts Jacob Frasca, scoring on the powerplay making it a 5-2 game in favour of the Colts. Shane Wright and Billy Constantinou collected the assists. Late in the period it was Billy Constantinou scoring for Kingston bringing the game back within two goals. Jordan Frasca assisted on the goal. The second period ended with the Colts leading 5-3.

The third period started with 4 on 4 action because of some rough stuff at the end of the second. With more room on the ice it was Jason Willms finding the back of the net for his second of the game, assisted by Brandt Clarke and Aidan Brown. With exactly one minute left, it was Jakob Brahaney scoring for Kingston on the powerplay. Constantinou got the assist. Kingston put on lots of pressure in the last minute with the net empty, but couldn’t complete the come back.

The Barrie Colts are back in action Monday as they take on Hamilton on the road.