Colts Handle the Wolves in Collingwood 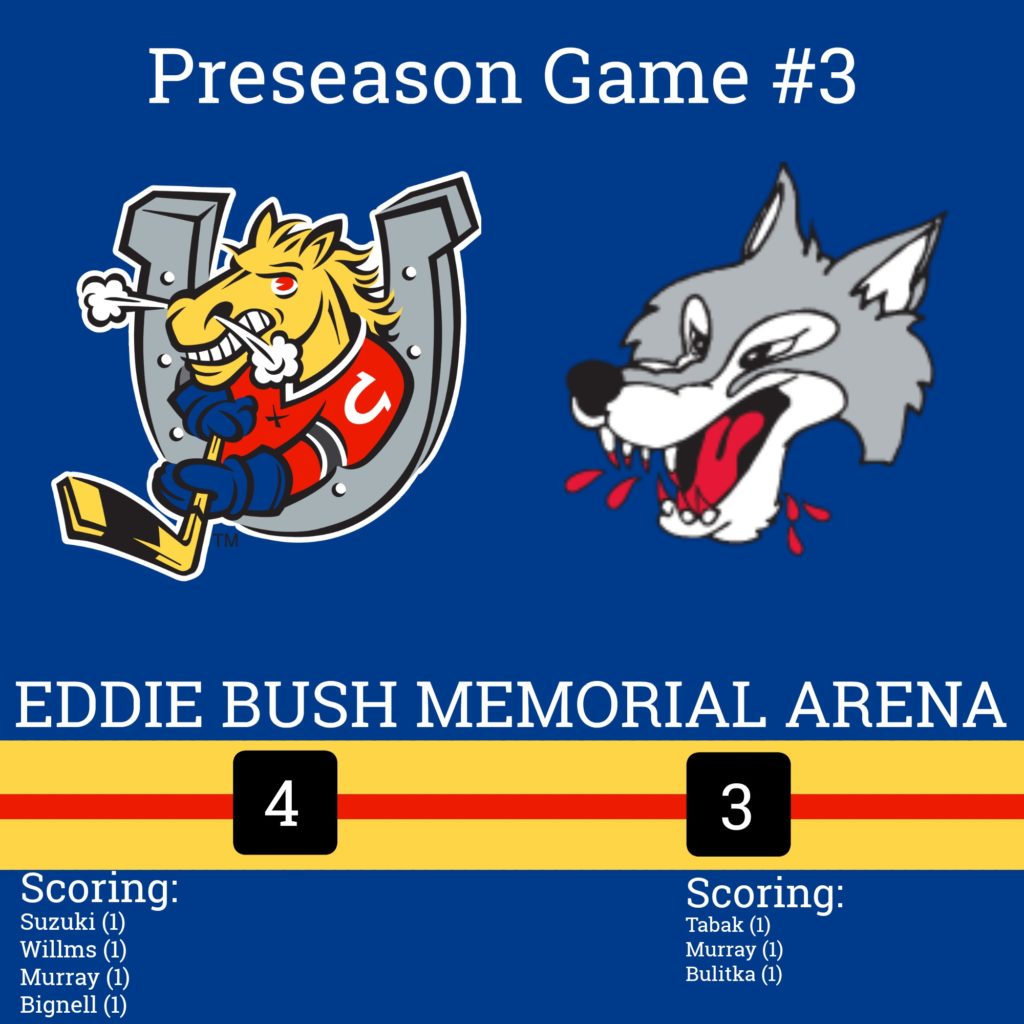 The Barrie Colts hosted the Sudbury Wolves in front of a sold-out crowd at the Eddie Bush Memorial Arena in Collingwood and held on for a 4-3 victory.

Ryan Suzuki rewarded the fans early when he potted his 3rdgoal of the preseason only 50 seconds into the 1stPeriod. Aidan Brown got the lone assist on the play.

The Colts went up 2-0 at 7:27 of the 1stPeriod when Justin Murray slapped a Power Play goal past Wolves goalie Ukko-Pekka Luukkonen. Joey Keane and Lucas Chiodo drew assists.

Near the end of the period the Wolves answered back with a Power Play goal of their own at 17:10 courtesy of Anthony Tabak, assisted by Cole Candella and Blake Murray.

Just after the 2ndPeriod began the Wolves tied things up when Blake Murray solved Kai Edmonds 31 seconds in. The only assist came from ex-Barrie Colt Kirill Niznhikov.

The Wolves’ momentum continued with their third straight goal as Shane Bulitka put his team up 3-2, assisted by Darian Pilon at 3:42 of the 2ndPeriod.

Not long afterwards, at 7:10, Colts’ Luke Bignell tied the game up 3-3 with a loud goal post-and-in. Sam Rhodes assisted on the play.

At 13:03 of the 3rdPeriod the Colts Power Play struck again when Jason Willms scored the go-ahead goal, assisted by Lucas Chiodo and Joey Keane.

The Colts were able to kill off some late penalties to hold on for the 4-3 victory for the Collingwood home crowd.

The Colts return to the BMC for their next preseason game September 13thvs Niagara.