Colts Get Edged Out Late by Battalion 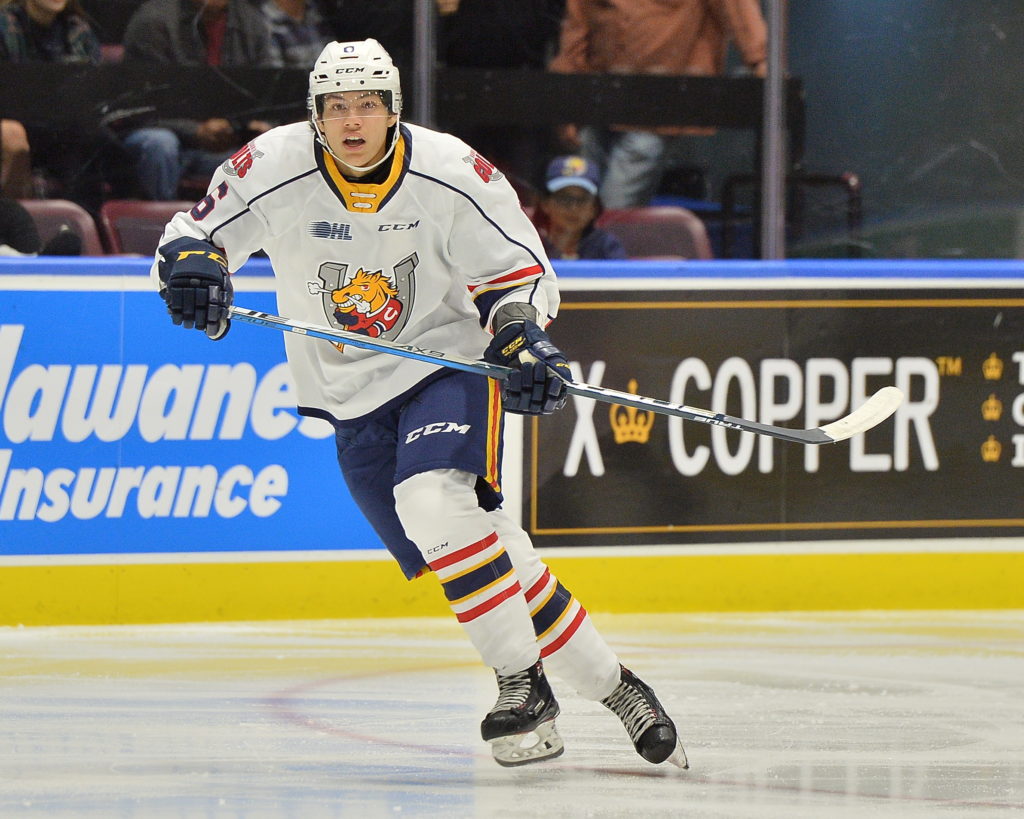 The Colts were on the road today for an afternoon game in North Bay. This was the third game in four nights for the Colts, who were winners in their first two games of the weekend, against the Owen Sound Attack and Peterborough Petes. Jet Greaves got the start in net.

North Bay got off to a hot start early in the first period, scoring two goals. First Luke Moncada, and then Kyle Jackson, giving North Bay a 2-0 lead. Victor Hadfield would respond for the Colts scoring short-handed and shooting between his legs for a beautiful highlight-reel goal. Luke Bignell got the assist. In the last minute of the first period Brad Chenier scored to restore North Bay’s two goal lead heading into the first intermission.

In the second period it was Josh Currie scoring for the Battalion, stretching their lead to three. The captain, Jason Willms would answer for the Colts to bring the game back to within two goals heading to the third period. Tyson Foerster and Tyler Tucker got the assists.

In the final frame it was Riley Piercey scored two minutes in, assisted by Jack York and Jason Willms. With five minutes to play in the third, Tyler Tucker scored to tie the game. Victor Hadfield got the assist on Tucker’s fifth of the season. With 1:29 left in the third period, North Bay’s Harrison Caines scored to give the Battalion a one goal lead. The Colts would pull their goalie and get some chances late in the game, but just fell short.

The Barrie Colts are back in action Saturday night at home against the Niagara IceDogs.