Colts Find Well Rested Wolves too Much to Handle, Fall 5-1 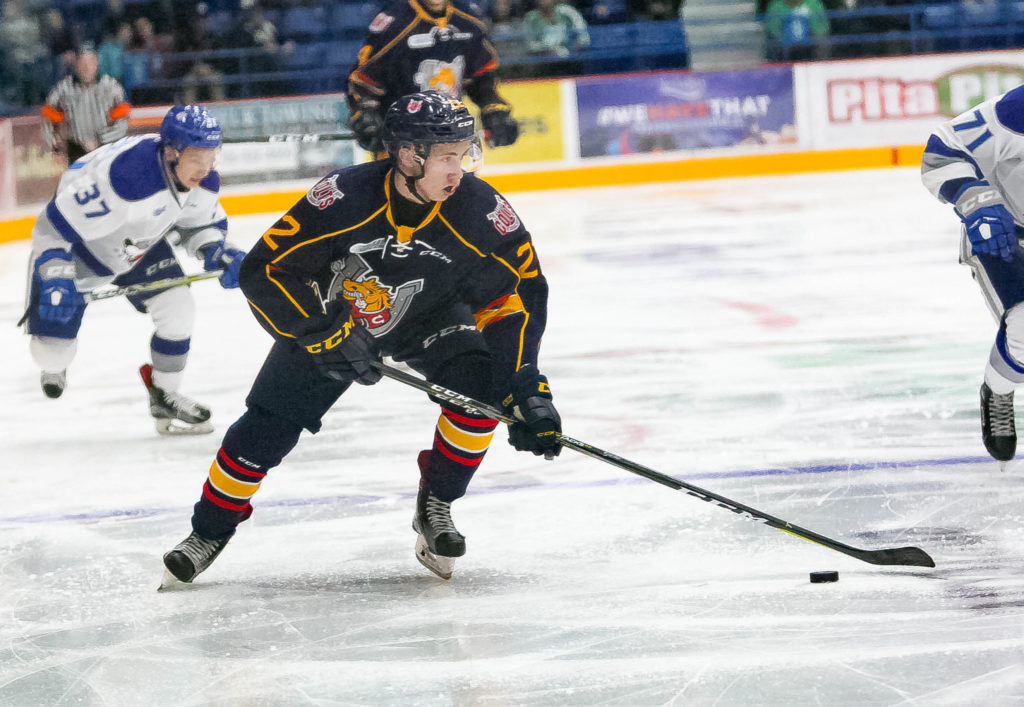 The second half of a back to back didn’t go as planned as the Barrie Colts fell to the Sudbury Wolves 5-1 on Friday.

The Colts came in off a disappointing loss to the Generals last night falling to them 4-1. They rolled into Sudbury to take on a well-rested Wolves team that has not played since Sunday when the beat the Mississauga Steelheads by a whopping 7-0 score.

This was the 4thmeeting between the Colts and the Wolves this season with Barrie winning the season series 2-0-1-0 so far.

Barrie came out buzzing to start the second period, dominating the play for the first 3 minutes, however nothing to show fir it.

Sudbury in response decided to open up the scoring with Blake Murray getting one past Zhukov, and 23 seconds later David Levin put Sudbury up 2-0.

With Sudbury striking twice Barrie was forced to call a time out to settle the troops, but it didn’t help. The Wolves scored their third of period with Darian Pilon going five hole.

A minute and a half later Barrie’s Captain Justin Murray dropped the gloves with Nolan Hutcheson in an effort to spark the team.

While on the powerplay Sudbury was able to strike again making it 4-0 and just 3 minutes later Sudbury scored their 5thand final goal of the period.

In the early part of the 3rdperiod Barrie stopped the bleeding  by getting on the board, Matej Pekar scored his 12thof the season with a little help from a Liam Ross own goal to make it 5-1 for the Wolves which would end up being as close as the Colts would get.

The team will now head to Sault Ste. Marie to take on the Greyhounds on Sunday to try and end their current three game losing streak.

Don’t forget to mark your calendars for Monte Carlo Inns Teddy Bear Toss on Thursday, December 13that the Barrie Molson Centre.  Be sure to bring your Teddy Bears or stuffed toys and send them flying to the ice when the Barrie Colts score their first goal of the game!