Colts Find No Luck with 7-4 Loss Against IceDogs 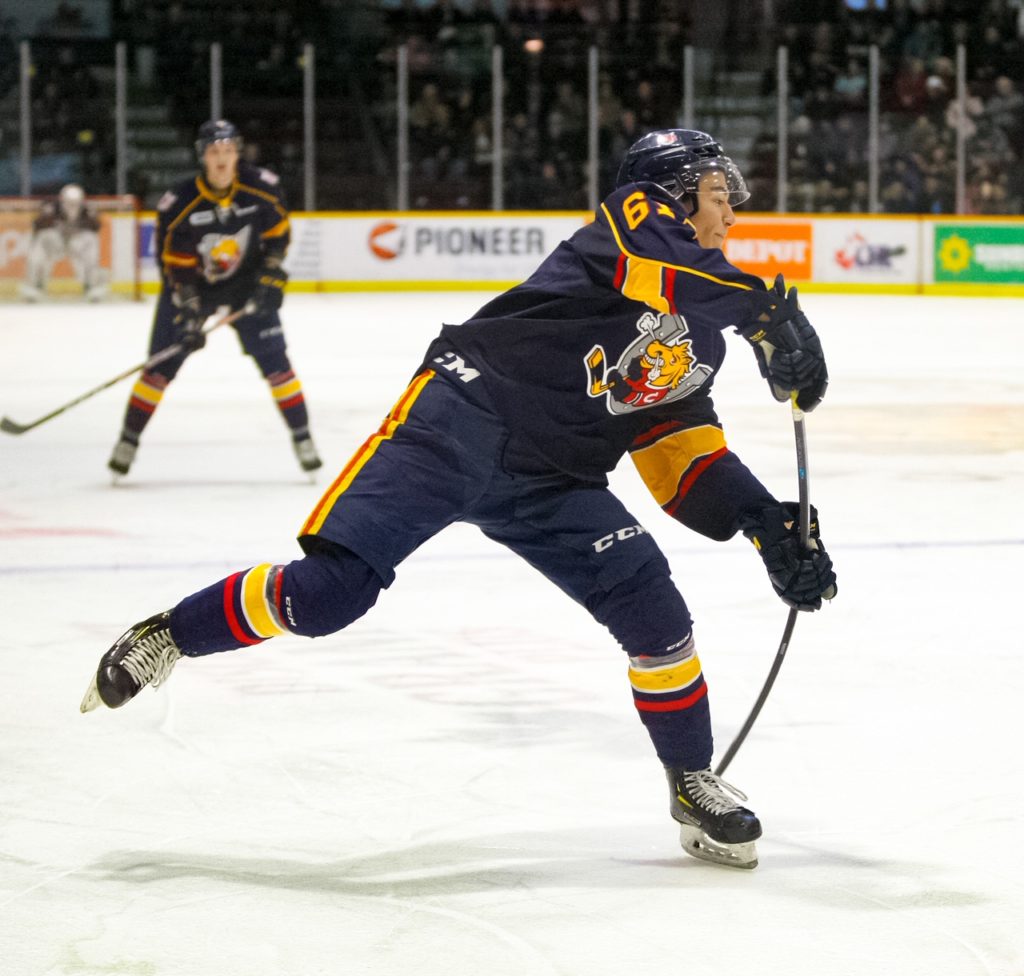 The luck of the Irish was not with the Barrie Colts on Saturday night, as their second last game of the season against the Niagara IceDogs ended in a 7-4 defeat. Despite the crushing loss, there were some smiles in the BMC, as Ben Hawerchuk celebrated his five seasons with the Barrie Colts.

The St. Patrick’s Day weekend was not shaping up to be a jolly one for the Barrie Colts.  Coming off of their loss Wednesday night to the Owen Sound Attack, their chances of securing a spot in the playoffs were dashed.  The weekend marked their last two games of the season, and this past Saturday they were back on home ice to face off against the Niagara IceDogs.

It was an exciting start to the first period.  Less than two minutes in, the IceDogs opened up the scoring with a goal by defenseman Daniel Bukac.  The Colts were quick on the comeback with a goal not even a minute later; however, after some deliberation, the referees ruled against the Colts due to an offside, much to the disappointment of the fans.  Yet, the boys were not taking no for an answer.  IceDogs goalie Stephen Dhillon barely had time to catch his breath. Just over fifteen seconds after their first attempt at tying up the game, Tyler Tucker sniped his 14thgoal of the season, assisted by Nathen Allensen and Peter Fleming.

The first period saw a few close calls for the Colts, but excellent saves by Kai Edmonds, and great defensive play, held the IceDogs back.  Unfortunately, with seventeen seconds left of play, rightwing Ivan Lodnia scored on Edmonds and secured the IceDogs a 2-1 lead heading into the second period.

The second period saw things begin to heat up on the ice.  Not even a minute into the period, Jason Willms netted his 19thgoal of the season, coming at Dhillon from behind and gracefully tapping the puck past to tie it up, 2-2.  To add salt to the wound, Ryan Suzuki scored again on Dhillon less than twenty seconds later.  This assault seemed to put a little bite into the IceDogs’ bark, and they came back with a goal from Jason Robertson, putting them once again neck and neck with the Colts.

Tucker spent what felt like most of the second period watching the game from the penalty box, as he was handed four minutes for High Sticking, and another ten minutes for Misconduct later.  Barrie was able to hold Niagara off for most of their four-minute Power Play, but with forty seconds left of their advantage, Niagara once again took the lead with a goal by Jack Studnicka.

The referees made some questionable calls as they continued to hand out penalties to the Colts.  Suzuki received two minutes for Slashing, and Aidan Brown caught another two minutes for Unsportsmanlike Conduct.  The fans at the Barrie Molson Centre were definitely not holding back their disapproval, as the calls were announced during a chorus of booing from the stands. The IceDogs wasted no time using their 5 on 3 advantage, and Robertson scored his second of the game for Niagara. The end of the second period saw the Colts down 5-3 to the IceDogs, and outshot a whopping 44-14.

Unfortunately, the boys could not turn the game around in the third period.  Despite a Power Play goal notched by Willms, marking his 2ndof the game, Barrie could not seem to catch up. Niagara quickly responded less than a minute later, with another goal from Studnicka.

Tensions were high on the ice.  Tucker again found himself inside the penalty box, along with IceDogs’ Akil Thomas for Roughing.  The nail in the Colts’ coffin was delivered by Philip Tomansino, who sealed the Colts’ fate with a goal assisted by Studnicka, with just over seven minutes left in the period.  Sadly, the boys could not make a comeback, and were met with defeat, 7-4.