Colts Fall to Bulldogs in a Shootout 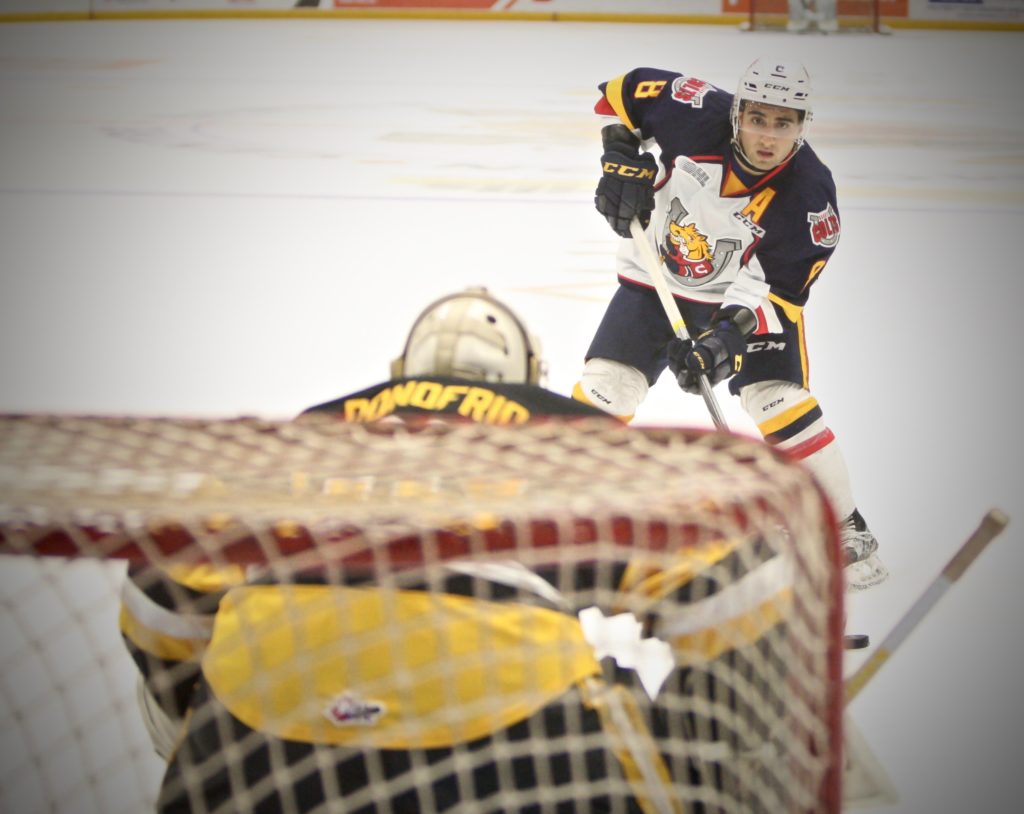 The Hamilton Bulldogs would tie things up late and Will Bitten would score the lone goal in the shootout to defeat the Barrie Colts 3-2 Saturday night at the Barrie Molson Centre.

In the final home game of the preseason the Colts would welcome the Hamilton Bulldogs to the BMC Saturday night for the first of a home and home matchup to close out the preseason this weekend.

17-year-old Kai Edmonds would get the start in net for the Colts playing a solid game finishing with 23 saves.

The Colts would come out strong controlling the play and outshooting the Bulldogs from the initial puck drop.

Early on it would be Barrie native Tyler MacArthur firing one from the right wing through a screen of players to beat Bulldogs net minder Nick Donofrio to give the Colts the opening lead. Assisting on the play were Jaden Peca and Curtis Douglas.

The teams would trade numerous opportunities throughout the remaining minutes of the first, but Barrie would take the 1-0 lead into the intermission, outshooting the Bulldogs 12-7.

Both teams would continue to keep up the pressure into the second period at opposite ends creating numerous chances with both goalies having to come up big.

Eventually at 15:59 of the second period the Bulldogs would cash in. While on the powerplay Justin Lemcke would fire one on net, with Edmonds making the initial save, but Matthew Strome would bury the rebound to tie things up at one.

Just minutes into the final frame the Colts would jump on the powerplay. Picking up the puck in neutral zone Andrei Svechnikov would skate in beating a defender and snapping one under the pad of Donofrio for his 2nd of the preseason to put the Colts back in front. Ryan Suzuki and Tyler Tucker would each pick up helpers on the goal.

Minutes past the midway point of the third period with Barrie on the powerplay, it would be Hamilton’s Brandon Saigeon getting a break away but Edmonds would come up huge shutting the door once again to keep the one goal lead.

Much like the second period the Bulldogs would answer back late in the frame. At 16:33 of the third, Connor McMichael would the puck in the slot and fire one past Edmonds to knot things up at two.

The Colts would add another 17 shots on goal in the third but the teams would finish regulation tied at 2 and go straight to a shootout.

In the shootout all three Barrie shooters would be denied as Will Bitten would score on Hamilton’s second attempt to take the 3-2 victory.

The two teams will get right back at it Sunday afternoon with a rematch at 5:00pm in Stoney Creek to close out both teams preseason schedules.

Barrie kicks off their 2017-18 regular season schedule with the home opener next Thursday September 21st when they play host to the Ottawa 67’s.